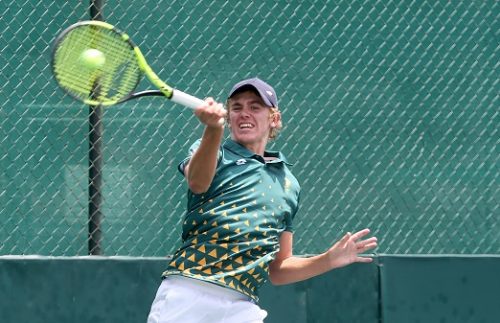 Philip Henning, promising junior and hitting partner of the South African Davis Cup team during the South Africa and Israel practice session prior to their Davis Cup tie at Irene Country Club on January 31, 2018 in Pretoria, South Africa. (Photo by Reg Caldecott/Gallo Images)

Though he admits they are in for a battle, South African captain Marcos Ondruska is confident the national men’s tennis team can escape relegation in their Davis Cup Euro-Africa Group 1 playoff against Portugal in Lisbon next week.

Ondruska named one change yesterday to the five-man SA squad that lost 3-2 in their first-round tie against Israel in Centurion in February, with 17-year-old prospect Philip Henning replacing Tucker Vorster, who would travel with the team as a practice partner.

While the country’s top player, Kevin Anderson, remained unavailable for selection while focussing on the ATP Tour, they would be spearheaded by in-form singles player Lloyd Harris, who was ranked 113th in the world, and veteran doubles specialist Raven Klaasen, who was ranked 18th.

Aside from uncapped teenager Henning – the country’s highest ranked junior player – they would be joined by regular Davis Cup team members Nik Scholtz and Ruan Roelofse for the crucial clash.

“I think it’s going to be a very interesting tie,” Ondruska said from his base in the US.

“Portugal has a lot of depth in their line-up, and it still remains to be seen who they are going to nominate for the tie, but Lloyd and Raven are in scintillating form, which helps our chances significantly.”

Portugal promised to offer a formidable challenge, with three players from the country ranked among the top 200 in the world.

And though the hosts had not yet named their team, Ondruska was confident his side could emerge victorious and retain their place in the Group 1 division next season, as they targeted a long-awaited return to the prestigious World Group.

“Portugal have chosen outdoor clay, which is their preferred surface, and they will have the crowds behind them.

“But I have a motivated team, so I expect the tie to be an interesting battle.” 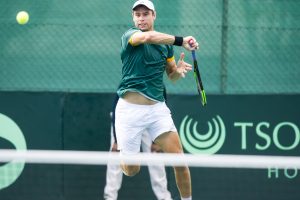 I had nothing left to give, says Nadal after Spain win Davis Cup
2 years ago
2 years ago

I had nothing left to give, says Nadal after Spain win Davis Cup
2 years ago
2 years ago