The 22-year-old prospect has reached a career-high ranking after a fine few early weeks in 2020. 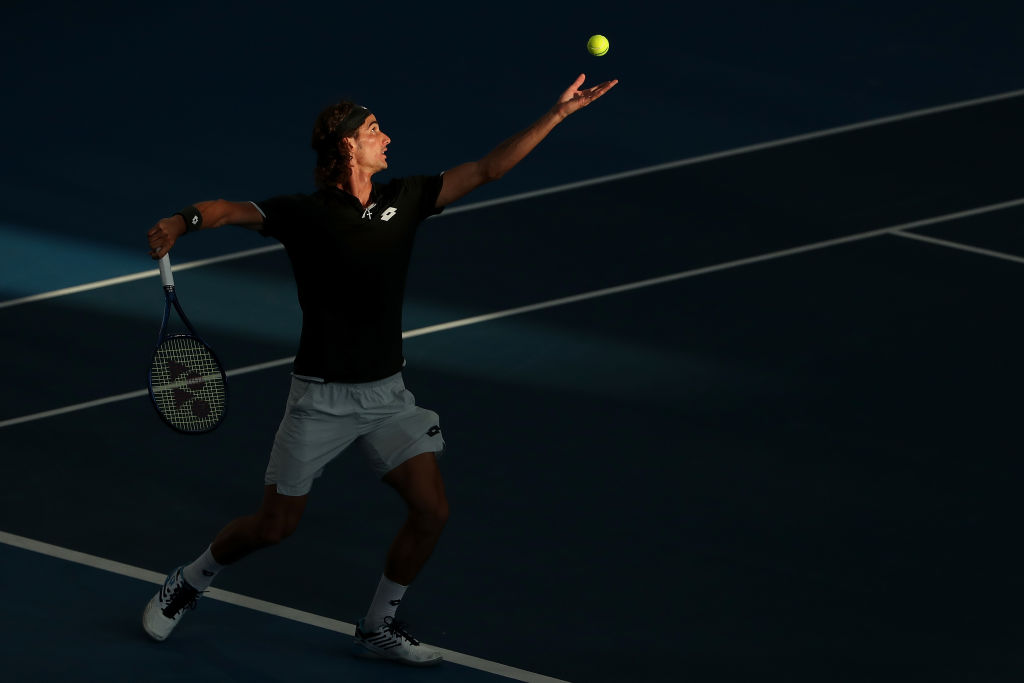 Though he crashed out in the first round of the Australian Open on Tuesday, South African prospect Lloyd Harris is confident of regaining his momentum and taking further strides forward this season.

Harris went down in a 4-6 2-6 2-6 defeat to No 14 seed Diego Schwartzman of Argentina at Melbourne Park.

Competing in the main draw of a Grand Slam tournament for the sixth time in his career, it was Harris’ fifth defeat in the opening round.

In the build-up to the Australian Open, however, he had reached his maiden ATP 250 final at the Adelaide International.

Having subsequently climbed to a career high No 72 in the world rankings, he was eager to prove he could recover from this week’s loss by bouncing back on the ATP Tour.

“I was very tired after playing a lot of tennis over the last few weeks, and unfortunately Diego was just better than me on the day and I couldn’t find the game I wanted to,” Harris said.

“I’ve been playing well the last couple of weeks, so it’s disappointing, but I’ll takes the positives, learn from them and move on.”

The 22-year-old player, who has led the national Davis Cup team in recent years in the absence of top-ranked SA player Kevin Anderson, was hoping to climb higher up the global rankings.

Should he qualify for the Games by lifting himself into the top 56 in the world by the deadline in June, Harris was also eager to represent the country at this year’s Tokyo Olympics.

“I’m playing better as my career progresses and the results keep improving year after year, so I think the curve is still going up,” he said.

“There’s so much I can still improve on in my game, so it’s about continuously putting in the work and improving.”

Having opened his campaign Down Under, Harris was set to return home next week to participate in an exhibition match with Anderson at the BNP Paribas RCS Rising Star Tennis series final in Soweto.

He looked forward to making a rare appearance on SA soil, where he was aiming to provide an injection to local tennis development before returning to Europe.

“We really just want to make an impact on tennis in South Africa, so we’re working together to try and achieve that.

“I think it’s going to be a fantastic event.”