The national squad will turn out in the Group I promotion playoffs in the 2022 campaign. 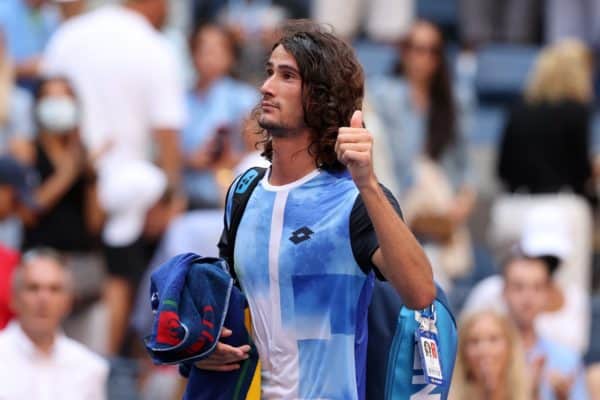 Lloyd Harris is the No 30 seed for the Australian Open. Picture: Getty Images

After progressing to the promotion playoffs with a convincing victory at the weekend, South Africa’s Davis Cup captain Chris van Rensburg is confident they can climb from the bottom tier World Group II as they target a return to the top-flight division for the first time in more than two decades.

The SA team secured a 4-0 win over Venezuela at a neutral venue in New York at the weekend.

Fresh off his recent quarter-final performance at the US Open, Lloyd Harris raced to a crushing 6-0 6-0 win over Venezuela’s Brandon Perez in the opening match, and 20-year-old Philip Henning went on to beat Ricardo Rodriguez 6-4 6-4 in the second singles match.

Harris and Raven Klaasen then romped to a 6-2 6-4 triumph over Dimitri Badra and Luis David Martinez, before Ruan Roelofse beat Badra 6-4 7-6 in a dead rubber singles clash.

“Lloyd has made it very publicly clear that he wants to take a South African team to the World Group (Finals),” said Van Rensburg, who was delighted with the result in his first tie in charge of the national team.

“He said ‘that’s my goal’ and that’s why it was the easiest call. When I made it to him right away, he said: ‘I’m in. I love Davis Cup and I’m going to play.’ So that was great.”

Veteran doubles specialist Klaasen, who formed the core of the squad alongside Harris, was also eager to continue playing for the national team, despite the squad languishing in Group II.

They were set to turn out in the Group I promotion playoffs in the 2022 campaign, and they had set themselves the long-term goal of returning to the top tier division for the first time since 1998.

“I spent time as a youngster watching the older guys play Davis Cup, and they set the bar for us, but we’re trying to leave our own mark on the competition for South Africa,” said 38-year-old Klaasen, who has turned out in 20 Davis Cup ties since 2009.

“Every time we play a tournament, we represent South Africa, but this is nice because you actually put on the green and gold.”