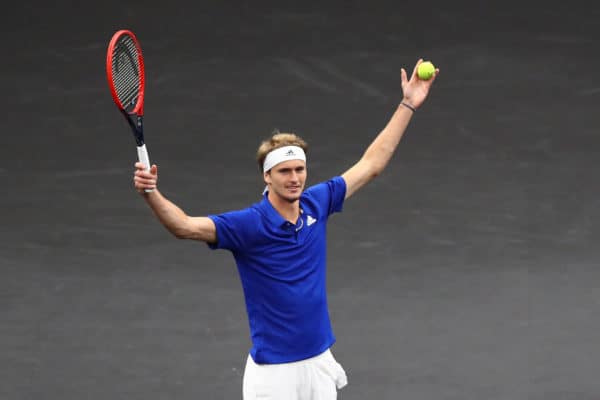 Tennis Tour chiefs said on Monday they had launched an investigation into domestic abuse allegations against Olympic champion Alexander Zverev made by his former girlfriend.

More details of her claims were published in a story by online magazine Slate in August, prompting Zverev, 24, to issue a statement in which he “categorically and unequivocally” denied abusing Sharypova.

One of the allegations referred to a purported attack during the Shanghai Masters in 2019.

The ATP, the governing body for the men’s professional tennis circuits, said it had launched a probe.

“An internal investigation into allegations concerning Alexander Zverev at the ATP Masters 1000 event in Shanghai in 2019 is currently under way,” the ATP said in a statement.

“The ATP fully condemns any form of violence or abuse and will investigate such allegations related to conduct at an ATP member tournament.”

ATP CEO Massimo Calvelli said: “The allegations raised against Alexander Zverev are serious and we have a responsibility to address them.

“We will also be monitoring any further legal developments following the preliminary injunction obtained by Zverev in the German courts.”

The ATP does not currently have a domestic violence policy to match those in place in some sports leagues, but announced on Monday an independent report into safeguarding had been completed that includes a number of recommendations.

It said it would study the report and would develop a safeguarding strategy relating to all matters of abuse, including domestic violence.