The West End theatre district is an unmissable cultural experience – even for Brits. 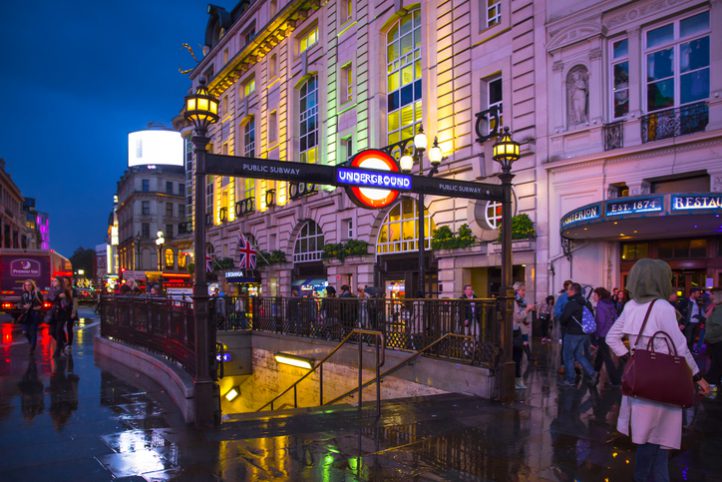 An underground station at the West End in London. This world-famous district in London is well known for its tourist attractions including theaters and restaurants. Picture: iStock

It seems the worst thing that can happen to you in London is someone greeting you on your morning jog, I mean, have they no shame – you’re supposed to be unfriendly here.

The funny thing is, I don’t think London is as hostile as they would have you believe. It’s the world’s most visited city, and its eye-to-the-ground attitude makes it surprisingly easy to fit in. So often the label of tourist makes you a pariah, but in London’s don’t-care perspective you just become another city dweller – making you feel right at home.

Before becoming an honorary Londoner, you first need an Oyster card. Nothing makes you more one with the city than snaking through the Underground on a train by swiping that all-important public transport permit. A wise newcomer will get an uncapped card for your entire stay. It ensures unlimited travel on bus and rail. 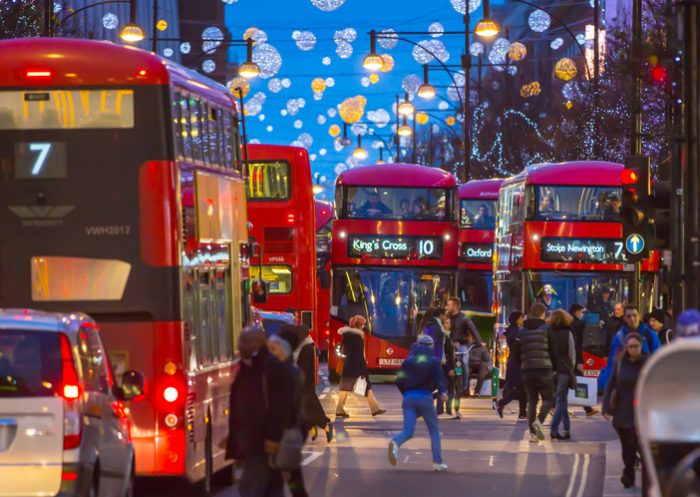 Also, don’t fall for the Xpress line from Heathrow International Airport into the heart of the city. The one-way trip almost costs as much as a few days of limitless Oyster travel. Anyway, the longer train ride into the city offers you time to get used to going unnoticed by city folk who hop on and off the train.

Once in the heart of London, the fun really begins. You’re an honorary citizen now – so time to not see the sights. Londoners are renowned for steering clear of tourism holy grails so you need to think like a Londoner.

First off, lunch. A sandwich from Tesco or Sainsbury’s is cheaper than a morsel at Starbucks and Pret a Manger, but McDonald’s (also known as Maccas) is equally local. With something in your tummy it’s time to hit the museums – just not the Tate Modern.

Head to the South London Gallery, a premiere contemporary art space with fewer faces gawking at intoxicating world art. Except for the gallery’s own collection there’s always exciting limited exhibitions from artists from all over the globe. You might not see a Warhol, but you’ll learn so much more.

Once finished at the gallery (the doors unfortunately have to close), you’re on the right side of the Thames to visit the Southbank Centre. It includes the Royal Festival Hall, Hayward Gallery, Queen Elizabeth Hall and the Southbank Centre Food Market. 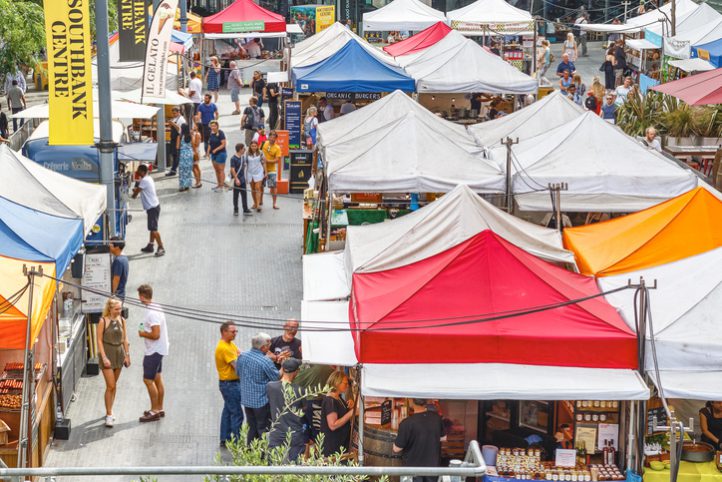 It’s an artistic buzz of activity, with the district hosting authors, public speakers, performers and artists. It’s a place where you learn about world concepts and steep yourself in activism and art – before grabbing some dinner at the market.

The food market offers a smelting pot of street food, and whether your taste is African or Asian, you’ll find your flavour. But if you’re in the mood for something more traditional, pizza and beer is an excellent choice.

The London Eye is a brisk walk and the novelty of snapping a picture of this enormous rotating structure is allowed. If you visit during the day and are eager to ride, a ticket will set you back around R500. The aerial views are unmatched and worth the splurge. There is an unfortunate catch 22 to the London Eye – on clear days you have to brave long lines for a ride in one of the pods. 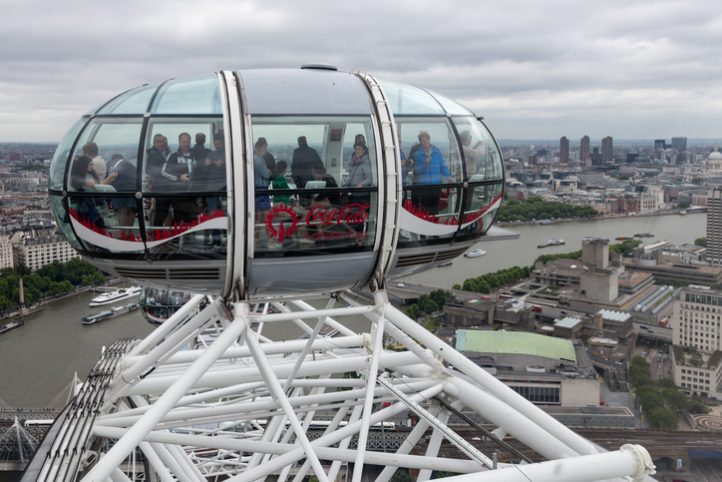 Real Londoners also steer clear of Piccadilly Circus, Harrods and Harvey Nichols when shopping. For out-of-towners the pot is sweetened at charity shops, where you can buy preloved everything. From beautiful vintage clothes (for a few pounds) to fun gifts, every charity shop is a treasure hunt. These shops support a range of causes, from The British Heart Foundation to Cancer Research UK. Now that you’ve saved a few pounds shopping, perhaps treating yourself with an outing to the West End is in order?

The West End theatre district is an unmissable cultural experience – even for Brits. Tickets to new shows are pricey (even if you weren’t converting from rand) but some of the longer running shows do have a number of discounts. Broadway and West End staple Wicked (which tells the off-screen story of the witched of Oz) comes highly recommended.

On week nights the theatres aren’t as packed, and there’s a good chance you’ll get a better seat than the one you pay for (on our night we moved from seeing a tiny speck of a stage to being in the middle of the action). If it’s a cold night, nothing will have you ready for round two quicker than curry. 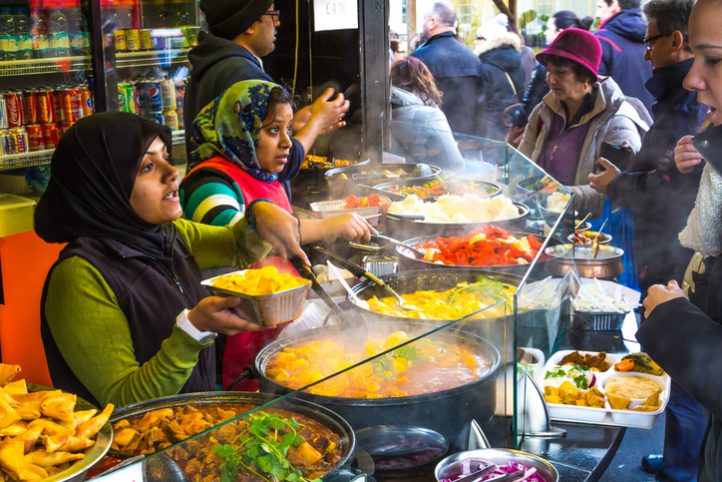 Much like South Africa, London has become famed for it’s curries – it’s even been voted as one of London’s favourite dishes. Curry dens are familiar, fragrant and essential to the London lifestyle.

After walking in the shoes of locals, it becomes easier to also navigate London’s more challenging and congested areas. You’ll never forgive yourself if you don’t go to places like the British Natural History Museum, The Globe Theatre, Madame Tussaud’s, Hyde Park or Buckingham Palace, where you’ll blend in just as easily, thanks to your first-hand experience at being a Londoner – whether you’re unfriendly or not.

Brighton: an i in the sky, a chocolate Cinderella and a vampyr slayer

Despite hardships, South Africans are expected to blow R250 billion this festive season
16 hours ago
16 hours ago

Despite hardships, South Africans are expected to blow R250 billion this festive season
16 hours ago
16 hours ago