8 reasons why Abu Dhabi should be on your bucket list

The city boasts the world's first circular skyscraper. Known as 'the stacked dinner plate', its an architectural headspinner! 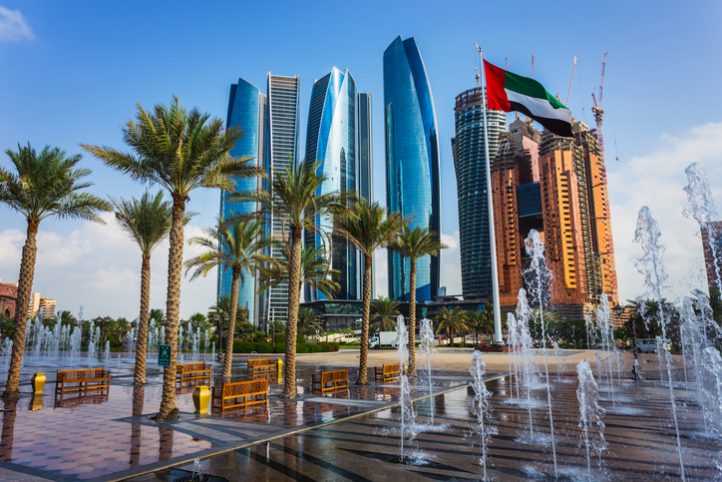 Abu Dhabi is a destination chock-full of record-breaking superlatives that makes for a thrilla-minute adventure, as this world-beating list reveals.

1.You can pretend to fly and climb seriously high

Not only is master developer Miral bringing the world’s tallest indoor climbing wall to Abu Dhabi next year (CLYMB will reach a knee-trembling 43m), but the developer has also created the widest-ever flight chamber – 9.75m.

That means mimicking the experience of skydiving, thanks to a very fast-moving upcurrent of air, with plenty of elbow room. Wannabe fighter pilots and screw-loose spacemen sign up here.

2.There’s a hotel built on a F1 track

The striking Yas Marina circuit is made all the more spectacular by the sci-fi swoosh of glass and steel wrapped around the track between turns 18 and 19.

This isn’t just a cool design touch, it’s the Yas Viceroy, the only hotel in the world built over an F1 circuit.

3. Its sand dunes are celebrities

The 300m-high Moreeb dune is no ordinary sweep of sand. Located near Liwa Oasis, it hosts an annual dune-climbing drag race, but is even more famous for its role in Star Wars: The Force Awakens.

Doubling as the planet Jakku, the dune and its environs have become a pilgrimage site for fans. Meanwhile, the cast and crew stayed at the five-star Qasr Al Sarab desert palace.

4. Even its swamps are worth discovering

The natural ecosystem in the heart of Abu Dhabi is mind-blowing.

Take an early morning kayak tour with an operator such as Sea Hawk where you’ll observe blue swimmer crabs lurking in the shallows, while deeper tropical waters hold dolphins and whales.

It’s fair to say that the Emirates Palace has a thing for gold. The UAE’s flagship hotel first introduced a gold-dispensing ATM, then gold-leaf cappuccino and now it’s serving up a gold-crowned soft-serve ice cream cone for AED50 (R167).

For millions, some sports whisper. Others shout.

By turns baffling and thrilling, robot camel racing was invented here in the UAE. The robots compete for serious prize money, with the most prestigious events offering a $2.7m purse.

7. It invented the circular skyscraper

Also known as “the stacked dinner plate” the HQ of real estate firm Aldar is an architectural headspinner. The brainchild of MZ Architects, it overlooks Al Raha Beach and cost $1.4 billion.

No matter how many times you see it, it still seems to come from the future.

That’s the Special Olympic Games, being held in the MENA region for the first time in March.