The Eastern Cape is not the richest part of our country, but it’s very rich in culture. 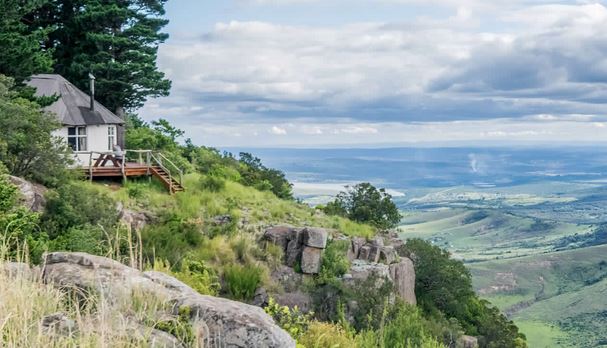 Receiving a call from Isuzu for a heritage weekend trip was right up my alley. I’m Xhosa and the Eastern Cape is the homeland of my people. Growing up in Jozi, a melting pot of cultures, means I don’t often get to mingle with pure Xhosa people.

Isuzu launched the new Isuzu KB X-Rider bakkie and all invited got the opportunity to test this 4X4 out on the long, winding roads of the Eastern Cape.

Along with that came the opportunity to explore some of the sites, hotspots and culture of the province.

Our large group of journalists was welcomed by the rain on our first night … and we were informed that the weather tends to be temperamental. After splitting into teams of four to go in eight different cars, our convoy drove to our home for the night, the Ocean View Hotel in Coffee Bay.

The Eastern Cape roads are under construction and if you’re going to navigate, what better way than to drive a bakkie with a reliable on-board NAVI (navigation) system?  But our elected driver refused to listen to the navigation so we kept losing our way.

On arrival at the quaint hotel, we were welcomed by friendly hostesses dressed in traditional Xhosa gear who gave us a brief history lesson on the coastal town.

The accommodation felt like home, with the peaceful sound of waves every now and again. Most of the group spent the evening playing pool or having drinks at the bar. 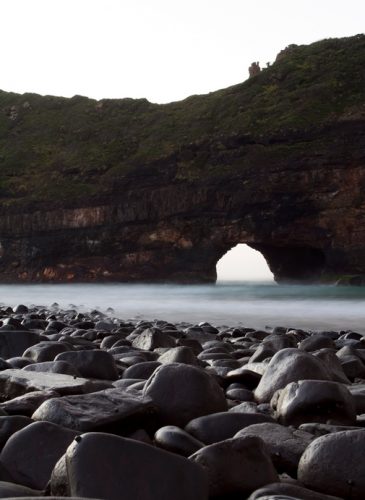 Hole in the wall. Picture: iStock

First thing on the list on the second day was a picnic on a cliff side and baskets loaded with edible treats were prepared for all the journalists. Next up was driving downhill in the rain to the sea. That was particularly enjoyable.

The vehicle’s settings can be changed for different road and weather conditions. It’s a relief to drive on muddy and bumpy roads in a vehicle with good traction control and not to feel a single pothole jolt is wonderful.

Hole in the Wall is a beautiful area along the coast named for a rock with an enormous hole in it jutting out of the sea that waves run through. It’s a popular hiking spot. Lunch was served near the beach.

Cycling is common in this area because of the snaking trails and well-preserved natural surroundings. A favourite part of the trip was visiting the traditional Xhosa village nearby. We crossed a small stream to get to the village which stands atop of one of the many hills.

We got a lesson in brewing traditional sorghum beer and how to carry water on your head so that it doesn’t spill while revelling in traditional music.

I must admit my bucket carrying skills weren’t too shabby and to this day the picture of me on my Instagram page with a bucket on my head and Havianna sandals on my feet is still one of my most liked posts.

On the drive to Mthatha, a fellow journalist, who is from the area, pointed out a large, pink house that stands out among the rondavels in the Qunu area. It’s Nelson Mandela’s Qunu home.

The city of Mthatha was an hour and a half drive that day and we had to contend with more under-construction roads.

The Nelson Mandela Museum inside the historical Bhungu building was our first stop. It was an education about the history of apartheid and the life and struggles of Nelson Mandela. Visitors can step into an example of the tiny cell he slept in while jailed on Robben Island and get a better understanding of what he endured.

Even if you know the history of Madiba, this is an experience that evokes all sorts of emotions.

Our landing spot was the beautiful four-star Mayfair Hotel, where a tasty, traditionally Xhosa-inspired dinner was served.

BT Ngebs City Shopping Centre is a walkable distnace from the hotel in case you’ve forgotten to pack any crucial items.

The Eastern Cape is not the richest part of our country, but it’s very rich in culture and one gets a sense of peace from visiting it.