Feyenoord Rotterdam are past European Cup winners but battled to get past minnow opposition in the last round of the UEFA Conference League and now face a much tougher test away in Switzerland today. More details at www.soccer6.co.za

M1 Maccabi Haifa vs HB Thorshavn: Both clubs dropped down from the Champions League to the Conference League. HB have won four games in a row, scoring 17 goals without conceding.

M2 Vitesse Arnhem vs Dundalk: Dutch club Vitesse Arnhem play their first official match of the season. Dundalk are on a six match unbeaten run including getting through two rounds of the UEFA Conference League.

M3 Trabzonspor vs Molde: Turkey’s Trabzonspor play their first official game of the season. Molde have a five point lead at the top of the table in Norway.

M4 Galatasaray vs St. Johnstone: Galatasaray got eliminated from the Champions League last week after a heavy defeat to PSV Eindhoven. St Johnstone play in the Europa League for the first time in four years.

M5 Pacos Ferreira vs Larne: Pacos Ferreira needed penalties to win in the Portuguese League Cup last weekend. Larne are in European competition for the first time in their 132-year history.

M6 Slask Wroclaw vs Hapoel Beer Sheva: Slask Wroclaw have got through two rounds in Conference League without losing a game. Hapoel were 6-0 aggregate winners over Arda from Bulgaria in the previous round.

M7 FC Luzern vs Feyenoord Rotterdam: Luzern enter the UEFA Conference League at the third round but former European Cup winners Feyenoord have already played a tie, limping past Drita from Kosovo in the previous round.

M8 Breidablik vs Aberdeen: Iceland’s Breidablik eliminated Austria Vienna in the last round of the Conference League . Aberdeen beat Hacken of Sweden 5-3 on aggregate in the previous round.

M9 Rapid Vienna vs Anorthosis Famagusta: Rapid fall out of the Champions League after elimination by Sparta Prague. Anorthosis from Cyprus enter the Europa League.

M10 IF Grotta vs UMF Selfoss: Grotta have lost their last two games and conceded eight goals in the process. Selfoss hae a single victory in their past six matches. 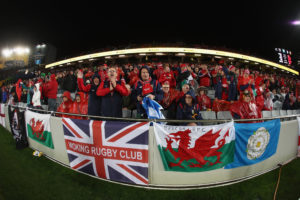