Richard Fourie steps up for Greeff stable. Whatever Next?

This guy was a 0.50-length runner up to Whatever Next in the Nursery, after kick-starting his career with two wins in a row. 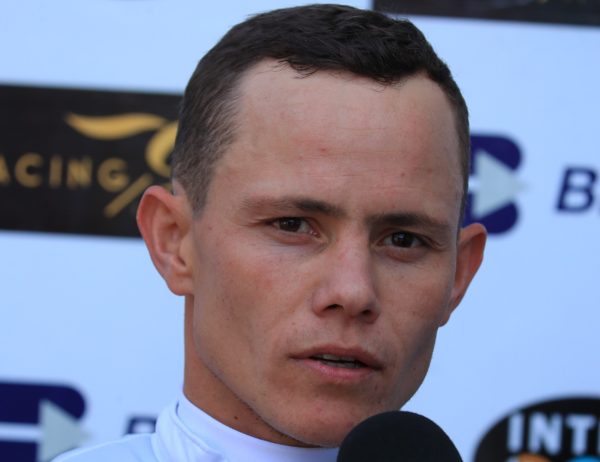 Richard Fourie deputises for regular rider Greg Cheyne on Alan Greeff’s top horses at Fairview on Friday. And the East Cape champion trainer could hardly have a better stand-in, with the visiting Cape Town ace in good form, as ever.

The pair looks set for a profitable day with good chances in most races on the turf track card.

The headline event is the Listed Dahlia Plate, a juvenile affair over 1200m, and Greeff saddles two of the seven candidates. Fourie teams up with likely favourite Whatever Next, a gutsy winner of the East Cape Nursery at the end of last month.

This colt by What A Winter was all over the shop on debut in mid-March, but still finished third. He quickly got the hang of racing and reeled off two wins thereafter and there is nothing to suggest he can’t get the hat-trick.

Greeff’s other runner is a filly, Old Glory, who has a diametrically opposite history to Whatever Next – winning well on debut but getting a bit lost in her three subsequent outings. If she regains her poise she can run into the money.

This guy was a 0.50-length runner up to Whatever Next in the Nursery, after kick-starting his career with two wins in a row. He was hanging towards the end of that defeat and if the champion jockey-in-waiting can keep him going in a straight line he will be a serious threat.

The Greef-Fourie team’s best winning chances might be in Races 2 and 3.

Blingking is a new arrival in PE and he brings decent Cape Town form into a 1400m Maiden Plate – including a couple of second places at Kenilworth over 1600m and 1400m. Those sort of stats are often a pointer to a good debut up the coast at Fairview.

With five placings in 10 runs, the choicely bred filly Rooibos is overdue a win and Greeff will be hoping Fourie will be the magic added ingredient in Race 3, a 1200m Maiden.