Gavin Lerena the man to follow at the Vaal

If there is a Cloud 10, the Durban July winner has a chance to leap astride it as he rides a long list of well-fancied horses at the Vaal. 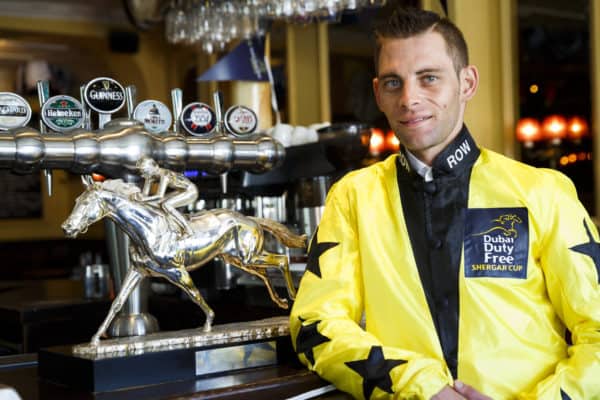 Well-travelled jockey Gavin Lerena will be the man to follow at the Vaal on Tuesday. Picture: Tristan Fewings/Getty Images for Ascot Racecourse

Jockey Gavin Lerena is probably still on Cloud 9 after his unforgettable victory aboard Kommetdieding in the Durban July. If there is a Cloud 10, Lerena has a chance to leap astride it as he rides a long list of well-fancied horses at the Vaal racecourse on Tuesday.

Apart from that dream day at Greyville, the personable former champion has had a creditable 2020/21 season. With only two weeks of the term to go, he is firmly in the top 10 on the championship log – having had scores fewer mounts than all the jockeys above him in the standings.

His season could get a turbo kick at this unglamorous midweek fixture on a wintry day at the riverside.

Lerena begins his work in Race 2, riding juvenile gelding Sicilian Tiger for trainer Alec Laird. This guy has had two runs to date and has shown distinct signs that he won’t take long to get out of the maidens.

If Lerena doesn’t get that winning start, he is highly likely to get the victory ball rolling in Race 3 aboard Wings Of Nike for trainer David Nieuwenhuizen. This filly’s two outings have resulted in two seconds – the last time after enduring a rough passage and still getting to within a length of the winner.

In the fourth, Lerena partners debutant Soweto Spina for Candice Dawson and some early ante-post money for the Var gelding suggests a smidgeon of quiet confidence from the connections. He does, however, have to beat Paul Matchett-trained Super Excited, who coms off an impressive debut.

Alex The Great is the sort of horse an owner cherishes – as game as they come and a beer-money machine. Lerena does service for Roy Magner and, as they say in the classics, you’ll get a run for your money.

Winter Watch and Anna Capri in the sixth and seventh give Lerena further decent chances, but they do face strong opposition in the shape of racy Emerald Coast and hilariously lowly weighted Glowtoria.

The eighth and last race on the programme is one of those shut-your-eyes-and- point-at-the-card affairs. It’s a great jumble of form that’s wearying to try to decipher.

Trainer St John Gray sends out six of the 16 runners, so might hold the key. If we go with the Lerena theme, that key will be El Romiachi.