Review of Nersa tariff decision on the cards 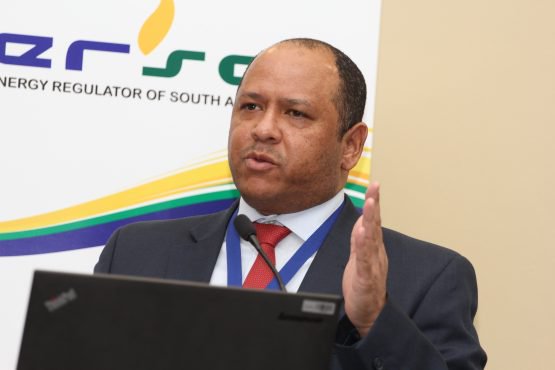 Moneyweb has learnt that Eskom is seriously considering challenging energy regulator Nersa’s decision to grant it a mere 5.23% tariff increase for next year, as opposed to the 19.9% it applied for, in court.

Nersa announced the decision in December. It granted Eskom R190 billion in revenue, which will result in a reduction of revenue of about R15 billion from the current year and is R30 billion less than Eskom applied for.

Of the 5.23% increase, four percentage points is a pass-through to independent renewable power producers and will not be for Eskom’s pocket.

The increase will take effect on April 1 2018 for Eskom’s direct customers and July 1 for municipalities and is valid for a year.

Eskom’s Khulu Phasiwe told Monewyeb the utility was waiting for Nersa to disclose the reasons for its decision before deciding on the way forward. Nersa earlier said it hopes to publish the reasons by end January.

Nersa spokesperson Charles Hlebela told Moneyweb last week that the reasons have been drafted, but still have to go through internal processes. Before publication, Eskom will have an opportunity to indicate which information it considers confidential and should be removed from the document or redacted.

Sources within Eskom however told Moneyweb that chances are good that Eskom will proceed with the court review.

On the face of it, Nersa’s decision is a drastic departure from its approach to Eskom’s previous applications. This comes as conditions have changed from a shortage of energy to a surplus.

In the past, Eskom was allowed to recover “lost revenue” due to lower sales through applications in terms of the Regulatory Clearing Account. This means that as consumers become more energy efficient or defect from the grid, the shrinking number of remaining clients have to pay higher and higher tariffs to cover Eskom’s overheads.

In line with this, about nine percentage points of Eskom’s 19.9% application related to a rebasing of sales volumes. In other words by dividing the revenue applied for, through lower volumes, Eskom calculated that the tariffs would have to increase by 9% without taking any other adjustment, like inflationary increase in costs, into account.

Many of these criticised the so-called death spiral, where Eskom’s sales decrease continuously, and its shrinking number of customers are expected to pay increasingly more to cover the utility’s costs, which is widely considered to be excessive.

From comments by Nersa regulator members at the announcement of its decision in December it was clear that the regulator closely scrutinised Eskom’s sales forecasts.

Regulator member for electricity Ncetezo Mbulelo accused Eskom of abusing the Regulatory Clearing Account process that was never meant to result in the huge increases Eskom wants from it.

It seems as if Nersa has taken a stand by telling it to reduce the size of its business in line with the declining sales trend.

This is in line with many presentations that called for the closure of some power stations and the reduction of Eskom’s excessive staff numbers.

Nersa is expected to make specific recommendations in this regard when it publishes the reasons behind the tariff determination.

The problem for Eskom is that it is currently extremely vulnerable. Cash has dried up and funders have closed the taps in the face of governance problems.

Its interim results for the six months ended September 30 are late and no date has been set for the publication. This also relates to governance issues as well as doubt about its status as a going concern.

Eskom operates in an extremely complex and regulated environment with many role players, including Nersa, that are normally slow in taking decisions and giving approvals. Closing power stations and reducing staff will take time and might result in increased costs in the short run.

It would be impossible for Eskom to reduce its business fast enough to cope with the effective 1.23% tariff increase which in fact represents a huge drop in revenue by the beginning of April.

Eskom is expected to scrutinise Nersa’s decision and ask the High Court to determine whether Nersa has acted in accordance with the legislation and whether this drastic departure from the thinking that underpinned previous decisions, complies with the same prescribed methodology.

If not, the High Court could set the determination and suspend the decision while referring it back to Nersa to reassess the application.

A court review might reveal very interesting details about how Nersa went about considering the large number of public comments and what other considerations influenced its decision.

It is doubtful that a court review would be completed before the end of March. Eskom is expected to implement the current decision and make any adjustments the court might grant at a later stage.

In the meantime Nersa is expected to process Eskom’s three other RCA applications, totalling about R60 billion in the next few months. These address under-recovery of allowed revenue or cost increases outside of Eskom’s control in previous years.

Nersa could decide to phase in whatever tariff increases it grants in terms of these applications over several years, beginning next year.