What Saica was hiding about top SAA man

And independent disciplinary panel found that the chartered accountant deserved more than a ‘limp slap on the wrist’. 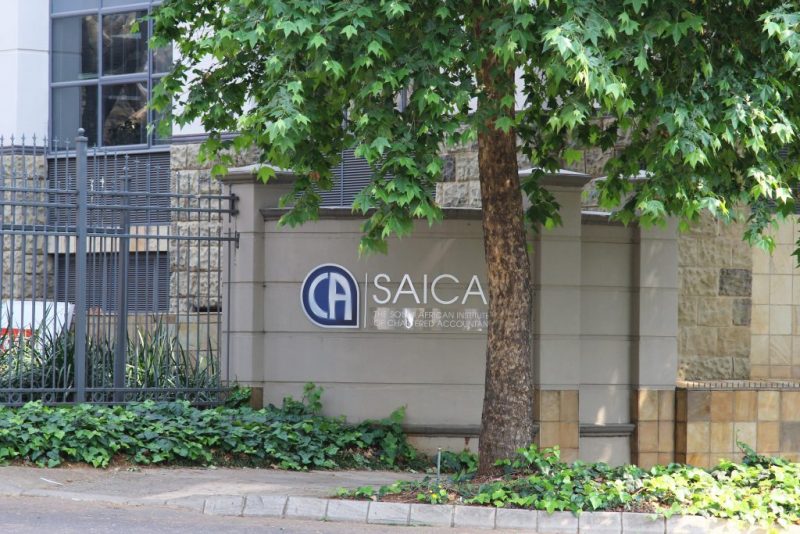 Top chartered accountant Robert Newsome, who is supposed to play a key role in reviving the struggling South African Airways (SAA), acted unprofessionally and without objectivity and integrity in a disciplinary matter relating to questionable procurement at the national carrier.

This is the finding of an independent disciplinary panel appointed by the South African Institute of Chartered Accountants (Saica) and handed down on June 11 this year.

Saica has refused to make the findings public, despite its CEO Terence Nombembe having the discretion to do so if it is deemed to be in the public interest.

Newsome joined SAA on May 1 this year on a one-year contract, and will be paid R2.5 million for his services, according to DA shadow minister of finance Alf Lees.

Lees has made the ruling against Newsome public on Tuesday, after Saica failed to respond to his request dated July 5 to do so.

Saica earlier also refused Moneyweb access to the ruling, despite having allowed Moneyweb to attend the disciplinary hearing and report on it.

The matter relates to a failure of Newsome to declare his conflict of interest as chairman of a disciplinary committee of the Institute of Internal Auditors SA (IIA SA) in dealing with a complaint against chief audit executive of SAA Siya Vilakazi.

Newsome had been a director of the IIA SA since 1995, but has resigned from this position following the Saica ruling against him.

Newsome was found to have been conflicted due to his ties with a company called Outsourced Risk and Compliance Assessment (Orca), which he joined as an employee and director during the course of Vilakazi’s hearing.

Orca was a former and potential client of SAA and its subsidiary low-cost airline Mango was an important client of Orca. Orca performed a quality assurance review and forensic investigation for SAA and some of this work featured in Vilakazi’s matter.

The Saica disciplinary panel found that Newsome should have declared this conflict of interest and recused himself from the proceedings.

The IIA SA disciplinary committee, which Newsome chaired, instead dismissed the complaint against Vilakazi due to lack of evidence, despite an affidavit by Vilakazi that conceded serious deficiencies in his working papers, including having it backdated.

The Saica panel further found that Newsome acted unprofessional in dealing with the complaint against him and might have tried to mislead Saica in the process.

In a letter to Nombembe, Lees says the position Newsome now holds at SAA “requires absolute professionalism and integrity”.

He says it is “astounding” that Saica would not make the report and details of the ruling against Newsome public and that despite being found delinquent, Newsome “was apparently given a limp slap on the wrist penalty in place of the stringent penalties apparently called for by Saica”.

Saica presented the case against Newsome before the independent panel after receiving a complaint from fellow Saica member Simon Mantell, the owner of Mantelli’s biscuits.

Saica, in fact, asked that Newsome be excluded from its membership for five years, contribute R100 000 to the cost of the hearing and that the findings, sanctions and his name be published.

The panel instead ordered that he be reprimanded, imposed a fine of R50 000, but suspended this for two years on condition that he gets training on the matter of conflict of interest and doesn’t conduct himself in contravention of the principles of integrity, objectivity and professional conduct for the next two years. He was also ordered to pay half of Saica’s legal costs relating to the hearing.

Newsome has earlier indicated that he will appeal the ruling.

In his letter to Nombembe, Lees said: “It seems that as a direct consequence of the weakness of the penalties imposed upon Newsome by the Saica disciplinary panel as well as the refusal of Saica to make the report of the disciplinary panel public, Newsome will continue in his very important role as acting head of risk and compliance at SAA.”

Lees then asked Nombembe to release the report and appeal the penalties, “even if this means taking these on review by a court of law”.

Lees finally told Nombembe: “Given the considerable reputational damage that your organisation and its members have suffered during the past two years with scandals surrounding KPMG/Sars, Steinhoff, Eskom and others, I believe that it is absolutely vital not only for the Chartered Accountant profession but also for the general trust in business economic activity in South Africa that you ensure that you and/or your Saica board agree to my request.”

When Nombembe failed to respond, Lees on July 23 gave Saica another 48 hours to respond. When it failed to do so, he released the report, which he obtained from an unknown source himself.

SAA earlier failed to respond to detailed questions from Moneyweb about Newsome’s position following the ruling.