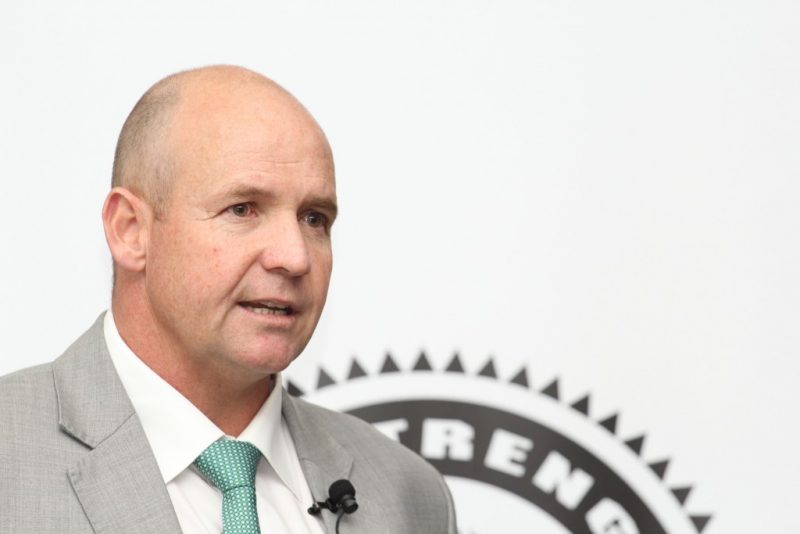 Former PPC chief executive Darryll Castle was paid an ‘exit package’ of R16.832 million, consisting of “notice pay, leave pay and a separation package”. The exit package was worth almost three times his guaranteed remuneration (salary, retirement and medical contributions) in 2017, which totalled R5.9 million. Castle resigned as CEO and from the board in July 2017, with the company announcing at the time that it “and the CEO have agreed to part ways”.

This is the second time in a row that PPC has been forced to pay a large exit package to a departing chief executive. Castle’s predecessor Ketso Gordhan received a similar payment in 2014.

The group’s 2018 integrated report says Castle’s services “terminated” on July 31, 2017. It further notes in the remuneration report that “at the time of his termination, Mr Castle had served 31 months of his 60-month contract.

“In terms of the contractual agreement, Mr Castle received an exit payment reflecting his pay for the remaining term of the contract and received an amount in respect of accrued leave. Mr Castle did not receive a short-term payment but retained some of his previously awarded long-term incentives.”

As at the end of March 2017, Castle had unvested long-term incentive awards with a fair value of R6.878 million. During the 2017 financial year, the cash value of long-term incentives and awards that were settled totalled R1.394 million. The vast majority of his share appreciation rights and forfeitable shares awarded were forfeited during the 2018 financial year because of his resignation. During the year, the cash value of the awards settled totalled R654 511. He retains share appreciation rights under the company’s 2015 and 2016 equity-settled plans with a fair value as at March 31, 2018 of R663 242.

Castle’s total remuneration for the financial year ended March 31 was R18.866 million, which included the exit package, as well as R1.786 million in salary and R248 000 in retirement and medical contributions.

To put this in perspective, Castle’s exit package is more than the total remuneration received by (initially interim, and then permanent) CEO Johannes Claasen and CFO Tryphosa Ramano combined. Claasen was paid R7.272 million in the 12 months to March (he was appointed interim CEO in July 2017, and permanent CEO in February 2018), while Ramano was paid R8.35 million.

The ‘other’ figure for Castle comprises his exit package, while for Claasen it includes a “relieving allowance”. In Ramano’s case, the ‘other’ figure of R1.2 million is explained by PPC as follows: “Due to the underperformance of the BEE 1 transaction, the Remco resolved to make ex gratia payments to certain participants of the Black Managers Trust”.

Ketso Gordhan, who was CEO prior to Castle, received a payment of R16.7 million following his resignation in September 2014. In the group’s 2014 integrated report, it details the amounts paid to him:

No such details are provided for the breakdown of the R16.8 million payment to Castle.