How the upcoming US midterm elections will impact your investment portfolio

The three possible scenarios and how each is likely to affect the market. 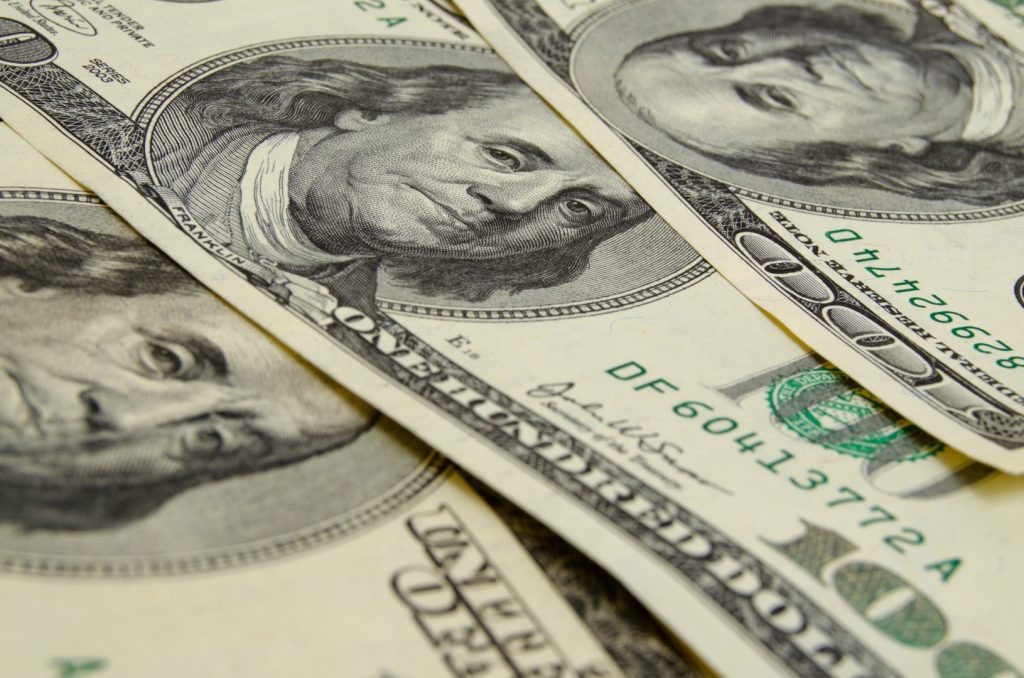 The year following a US midterm election has invariably been positive – sometimes spectacularly so. Picture: Shutterstock

Americans go to the polls for their midterm elections on November 6. The outcome will determine the next two years of politics in the world’s most powerful country. Depending on the result, we could easily see US President Donald Trump more powerful than ever … or impeached. As you can imagine, this would have a significant impact on your investment returns.

These general elections for the House of Congress are held every four years, roughly at the midpoint of a given presidential term. All seats in the House of Representatives are on the line, as are about a third of those in the Senate. Historically, the sitting president’s party tends to lose ground.

Why is this election significant?

The Republicans (Trump’s party) currently control the House of Representatives and the Senate, which allows them to pass any laws they wish without the assistance of the Democrats. If the Republicans lose either the Senate or the House of Representatives, this will change – and, if the Democrats wish, they can pretty much spoil the creation of any new legislation. Historically, this hasn’t always been the case as the parties can get together and compromise. However, given the current political environment, I would bet against any level of cooperation.

What are the polls saying?

The Republicans have a less than 20% chance of keeping the House of Representatives. This is because all seats are up for re-election, so the 20% is a better reflection of the Republicans’ popularity across the whole country.

In the Senate, the odds are pretty much reversed; the Republicans have an 80% chance of retaining control. This is because the seats that are on the line are either strongly Republican or are already held by the Democrats. There is an even a chance that the Republicans will increase their majority.

The likeliest outcome, therefore, is a Republican Senate and a Democratic House of Representatives. This would result in stalled legislation. In addition, we are likely to see the start of several investigations into Donald Trump’s business dealings.

How will the election results impact your portfolio over the short-term?

Let’s go through each scenario.

This is the least likely scenario but would be viewed positively by the market. Republicans have always been viewed as market-friendly. The risk of a Trump impeachment would also be eliminated. Due to the surprise factor, you could expect a significant market reaction on the upside. Gains would be widespread, but expect outsized returns on military-linked companies (think Lockheed Martin; ticker LMT). Possible losers include gold and emerging market currencies.

This is only slightly less likely than the previous scenario but would impact the market negatively. The risk of impeachment would rise significantly and the next year or two of US politics would be entirely consumed by it. Expect a large market fall. The dollar would weaken, and gold would move significantly higher.

This is by far the most likely outcome, and I believe this is what the market is pricing in. There would be few major new laws created over the next two years, but much of the Trump administration’s economic agenda (such as tax cuts and deregulation) has already been implemented. There would be new investigations into the President, but barring very strong evidence of wrongdoing, they are unlikely to go anywhere. In the short-term, there will be little reaction. However, over the longer-term, a government deadlock is usually market-positive. That means you should probably use the recent dip off in US equities to accumulate positions and ride this market higher.

Impact over the longer-term?

There is no doubt that 2018 has been a tough year for investors – but if you take a longer historical perspective on market performance over the last half century, you will see that regardless of the outcome of the US midterm elections, there is light at the end of the tunnel.

This table shows you the performance of the S&P 500 Index around the midterms since 1962. As you can see, leading up to these US elections, markets have invariably been negative; 2018 is actually an exception as the market is basically flat for the year, with a little less than two weeks to go. 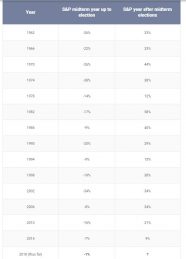 The year following a midterm election has invariably been positive, sometimes spectacularly positive.

The reason most analysts give for this pattern is that in the year before a midterm election, markets are spooked by the political uncertainty. Without this uncertainty, markets are able to focus on fundamentals and therefore rebound the year after. The average fall leading up to an election is -19%. The rebound in the year that follows averages more than 30%.

Note that this is irrespective of who was in power before or after the election. There is some evidence that returns are higher if one party – the Republicans or the Democrats – holds both the House of Representatives and the Senate. However, even a divided government has not been able to halt the rebound entirely.

Viv Govender is a senior analyst at Rand Swiss.