However, others believe the banks are colluding to maximise profits. 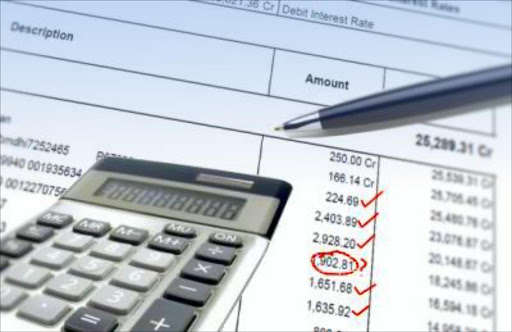 Rogue customers are partially to blame for scuppering efforts to thwart the rampant R99 debit order scam, by reversing genuine debit orders they previously agreed to, because they are cash-strapped.

According to the Payment Association of South Africa (Pasa), the payment system management body, the bulk of disputed debit orders are legitimate ones formerly agreed to by customers, but are then reversed for “cash management” reasons – “so that the money can be used for something else”.

The association laments that this is a major problem for the industry, as it makes identifying unauthorised debit orders problematic.

The debit order system handles 55 million payments, to the value of R80 million, a month, of which 1.5 million are disputed, the association says.

Leticia Mentz, Pasa spokesperson, said that of the disputed debit orders, only 10% were unauthorised.

She said customers needed to be aware that it is illegal to agree to a debit order and then reverse it.

Mentz explains that banks that submit such transactions on behalf of users do so on the basis that such a user has only included valid debit orders backed by a paper or voice mandate.

She said such mandates were, however, held by the user, and not by the sponsoring bank and that the bank only facilitated this transaction on behalf of their client.

“Millions of monthly reversed legitimate debit orders make it extremely difficult to identify those debit orders initiated by fraudsters. For example, a corporate user who is completely compliant with the rules in every respect and only submits debit orders with valid mandates may still be subject to high levels of disputes, at no fault of their own,” Mentz said.

Midrand businessperson Uri Zalk has argued that banks are not as helpless as they pretend to be, claiming banks, corporations and Pasa are in collusion to maximise profits.

He said the banks were also playing victim “to artificially evade being held liable for practices held unlawful in various foreign jurisdictions and shifting blame for fraudulent transactions from the banks to the hapless small client”.

WATCH: Suspect sets car full of ammo on fire before shooting himself in chest
23 hours ago
23 hours ago
PREMIUM!

Kidnapping cases up, children targeted
1 day ago
1 day ago

WATCH: Three injured in shootout during robbery at Oriental Plaza jewellery store
2 days ago
2 days ago

WATCH: Suspect sets car full of ammo on fire before shooting himself in chest
23 hours ago
23 hours ago
PREMIUM!

Kidnapping cases up, children targeted
1 day ago
1 day ago

WATCH: Three injured in shootout during robbery at Oriental Plaza jewellery store
2 days ago
2 days ago