A few months after trading its security for funds, the share collapsed. 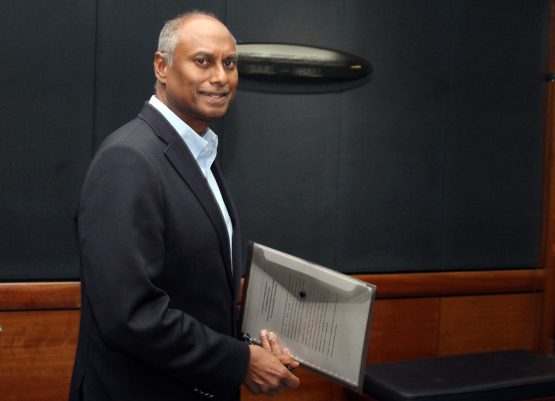 Former unionist Jayendra Naidoo was part of what has been called a narrow R9.3bn BEE deal to buy shares in Steinhoff with the PIC. Picture: Moneyweb

The decision by the Public Investment Corporation (PIC) to trade its security against a downfall in its Steinhoff shares for money made perfect sense before South Africans caught wind of one of the biggest corporate scandals in the country’s history.

When Steinhoff crashed in December 2017 after accounting fraud under former CEO Markus Jooste was detected, the PIC was one of many shareholders left reeling, incurring significant losses as the share price plummeted by over 90%.

In 2015 former unionist Jayendra Naidoo, founder of the Lancaster Group, approached the PIC with a proposition to buy shares in Steinhoff. The deal was concluded in 2016 after the two parties agreed to form a special purpose company called Lancaster 101 to buy the shares with a R9.35 billion loan from the PIC.

In September 2016 Lancaster 101 bought 2.75% of Steinhoff’s shares through a transaction that included a derivative structure, which provided the PIC with limited downside risk against losses incurred by the company.

But in early 2017, an opportunity arose to buy shares in Steinhoff Africa Retail (Star). Naidoo then approached the PIC with a new proposition, but in order to raise the capital needed for the transaction, the PIC relegated the protections it had in Lancaster 101 to Citibank in exchange for a R6.2 billion loan.

“There is [an] at-the-time view and a hindsight view,” Naidoo told the PIC commission of inquiry on Wednesday.

The move by the PIC, which manages R2 trillion in state assets mainly belonging to the Government Employees Pension Fund (GEPF), has to date resulted in a R4.3 billion write-off of its loan as stated in its March 2017 financial results. This is expected to increase when the GEPF releases its financial results for the year ended March 2018.

Naidoo said that “at the time” the transaction made sense because the PIC was leveraging off of its existing position and did not have to raise any money to get exposure to two assets, Steinhoff and Star.

“If all things were equal, every model showed how beneficial this would be because the cost of funding was very low in commercial terms,” said Naidoo

Naidoo also took the opportunity to address the role of black economic empowerment (BEE) in the Lancaster 101 deal.

The company is 50% owned by the PIC, and Naidoo’s Lancaster Group is one of the empowerment partners. The other 25% is reserved for the Lancaster Foundation non-profit company that was created to provide grants for black enterprises or social development projects.

Naidoo said BEE has never been the “sole determining factor in any business transaction” he has “been involved in”.

Before the Steinhoff deal, Naidoo had sought to purchase a 2.5% stake in Pepkor from its former chairperson Christo Weise, with whom he has had an “active business relationship” for 12 years.

Before the transaction was concluded Pepkor was bought by Steinhoff and, through Weise, Naidoo was then given an opportunity to turn the initial proposal to buy a stake in Pepkor to one where he could purchase Steinhoff shares.

“I consider BEE to be an ancillary aspect that becomes relevant only pursuant to a core commercial rationale between business partners,” said Naidoo.

Former PIC CEO Dan Matjila previously told the commission that the PIC had elected to buy shares through the Lancaster BEE structure as opposed to the open market because part of the transaction involved Naidoo receiving a seat on Steinhoff’s board.

According to Matjila, the PIC, which already had Steinhoff shares, had struggled to influence governance at the company and saw this as an opportunity to be heard at board level through Naidoo.

When asked about this Naidoo told the commission that the relationship between Weise and Steinhoff’s management meant that he had been invited to become part of a leadership group.

“There was a more strategic influence that was capable of being associated with this transaction than simply buying the share through the stock exchange in an anonymous way,” said Naidoo.

He said his appointment to the board had been of interest to the PIC because it meant the organisation would have a “friendly” on the board. However, he said it did not mean that he was a formal representative of the PIC – merely that their thinking was aligned.

“We had much in common in our view of developing the economy, entrepreneurs,” said Naidoo. “There was a meeting point between the PIC’s and my own philosophy.”