Women who bought Tammy Taylor Nails franchises now have to deal with the US mother company threatening to pull out, as well as an investigation by the National Consumer Commission. 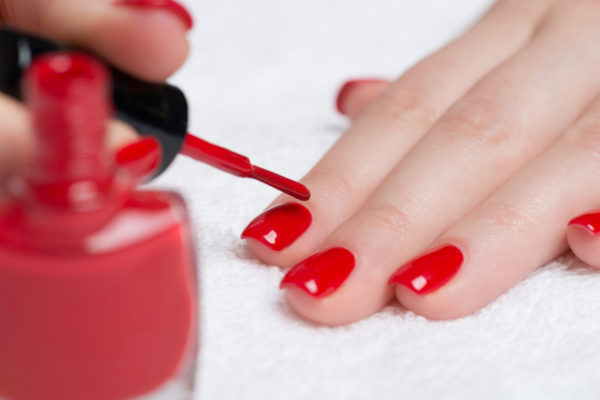 Tammy Taylor Nails is the story of a franchise opportunity gone horribly wrong.

According to the franchisees, they were made to feel loved as part of a big family, right until they paid their R300 000 “licence fee” and R45 000 VAT for a Tammy Taylor Nails franchise.

However, when they wanted to cancel, they were bullied, told they must first sign the franchise agreement – which they were not allowed to see before they signed in most cases – and then were eventually ignored and blocked on social media with no hope of getting their money back.

This is what happened to a group of women who wanted to be part of the Tammy Taylor Nails South Africa “family”.

Speaking to The Citizen, one of the women said she was duped into signing a “questionnaire” she had to complete when she enquired about buying a franchise. Their story was also aired on Carte Blanche on Sunday night.

The questionnaire had fairly innocent questions, such as personal details, where she heard about Tammy Taylor, and what her dream location would be. She was also asked to share her dream with the company in no more than two sentences, and if she needed finance to buy a franchise.

She was rushed into signing and did not see the fine print underneath that said: “Please sign to acknowledge that you are fully aware of the fact that the licence fee is moveable as well as refundable once the licence for the area was resold.”

ALSO READ: How to protect yourself when buying a franchise

Now it looks as if the mother company in the US wants all Tammy Taylor salons in South Africa to stop trading under its name. This could mean even more women will lose their money, with some who opened salons having paid up to R1.4 million for the required shopfitting.

In addition, the National Consumer Commission (NCC) has now confirmed that it will investigate Tammy Taylor Nails SA, after first turning women who complained away to first complain to the Franchise Association.

What sounded like a wonderful opportunity to start a business in a country where many women like to spend money on their nails quickly showed cracks – not only in the nails, but in the relationship between the company and its franchisees.

That little sentence where they signed became the mantra of refusal by Tammy Taylor Nails to pay their money back: they can only get their money back if the licence is resold.

One of the women who chose to remain anonymous says Peet Viljoen told her in the meeting they had after she completed and signed the questionnaire that the next step would be to buy a franchise licence, which he said was completely risk free, and if things did not work out for any reason they would refund her money. He said it would cost R345 000 after VAT had been added, which she would be able to claim back once she started her franchise.

When she wanted to cancel after she was unable to find a suitable location, the woman was told that the line under her signature was binding and that she would have to wait to get her money back. She tried to get the NCC to help her get her money back, but was told to complain to the Franchise Association, which in turn said it is unable to help because Tammy Taylor Nails is not a member.

Calling in the mother company

As a last resort she turned to the owner in the US to ask for her money back. She received a letter from the company’s lawyers telling her that “the Viljoens are merely distributors and licensees of Tammy Taylor Nails, Inc. (TTN)”, a California corporation, and nothing more.

TTN has no ownership or other interest in any venture of the Viljoens, and is not responsible for their representations and actions.

“For any franchisee or other person seeking further information about the Viljoens, your questions should be directed to them, not to TTN. Thank you for your understanding.”

Attached to this letter was a letter from the company to the Viljoens, stating that the company had given them “30 days’ notice of intent to terminate” its licence agreement with them, because they did not respond to a request for an audit in October last year.

The letter states that “TTN demands that the Viljoens, their sub-licensees, any and all persons or entities acting under their purview and authority, and any and all others in South Africa, unless given future, express written authority by TTN, hereinafter and forever cease and desist from selling, marketing, using, or otherwise promoting the products, the Taylor trademarks, and the trademark Indicia in South Africa and/or anywhere else in the world.”

Another woman, Santhuri Poovalingam, wanted to buy a franchise and paid R345 000. She also had problems with a location and ended up wanting to cancel, but she also did not get her money back.