NUM and Numsa want a 15% wage hike for all non-managerial employees, while Solidarity requested a 9.5% increase. 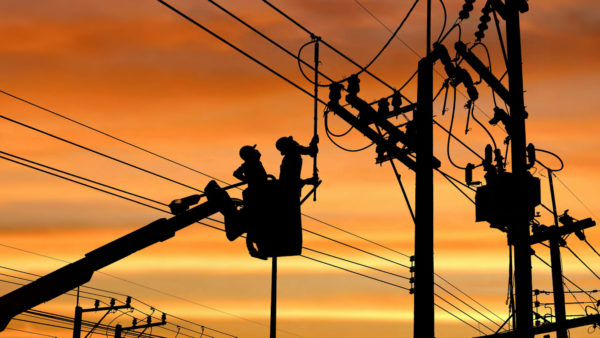 Eskom’s labour unions say they will now wait for the conciliation process to unfold at the Commission for Conciliation, Mediation and Arbitration (CCMA) after Eskom ended wage negotiations this week.

Eskom’s offer was on condition that union representatives accept amendments to some of the conditions of service such as transfer benefits, overtime pay rates and travel time.

NUM and Numsa want a 15% wage hike for all non-managerial employees, while Solidarity requested a 9.5% increase.

Numsa general secretary Irvin Jim accused Eskom of negotiating in bad faith and misleading the public about the negotiations.

He said the parastatal rejected Numsa and NUM’s revised wage offer during the third of negotiations at the CBF.

“Eskom has been negotiating in bad faith from the very beginning of these talks. From the first day of wage talks, they made an offer of 1.5% but the condition for workers to accept this offer is that they must be willing to accept to lose out on certain benefits which they fought for decades to secure. Numsa and NUM have made adjustments and even proposed to reduce their wage demands, but Eskom did not budge at all.

“They have not made a single concession since these talks began, while we have demonstrated we are flexible and willing to negotiate. That is the definition of negotiating in bad faith because they are not willing to compromise, they want to impose their position,” Jim said in a statement on Wednesday.

Jim also rubbished Eskom’s claim that it can not afford its unions’ wage demands, saying Numsa would wait for the conciliation process of the CCMA to start.

“We remain committed to finding each other during this engagement. In the meantime, we will mobilise all our members and all workers at Eskom to picket and stage demonstrations during their lunchtime to highlight their demands.”

This was on condition that Eskom should make a proper offer, Mantshantsha said.

He said the utility had clearly demonstrated at the CBF these demands are unaffordable due to its financial challenges.

“This is in addition to other demands for the increases of an average 15% in the benefits enjoyed by employees. Eskom, which relies on taxpayer cash bailouts to maintain its going concern status, has clearly demonstrated these demands are unaffordable,” Mantshantsha said in a brief statement.

Meanwhile, NUM said it was optimistic the CCMA process would be able to resolve the wage talks dispute.

Mabapa said the union was “extremely angered and disturbed” after Eskom CEO Andre de Ruyter released a “misleading” statement on Tuesday to all Eskom employees about the wage negotiations.

“We condemn the misinformation by Eskom to our members yesterday [Tuesday]. Eskom failed to negotiate with and wants to negotiate directly with our members. They are refusing to bargain, because we are still in the beginning of the third round of negotiations as per our recognition agreement,” he said in a statement.

NUM called on the shareholder, the Department of Public Enterprises, or the chairperson of the Eskom board to institute disciplinary measures against De Ruyter.

“The Eskom disciplinary code classifies misinforming as a serious misconduct. The group chief executive did not only misinform our members but also disrespected and contravened the recognition agreement. Contravening the agreement with trade unions is also misconduct,” Mabapa said.