The art of an auction A valuable photo of Elizabeth Taylor.

“This collection speaks to the wealth of local specialist artists, ranging from those who were lucky enough to be celebrated in life, such as Stern and Laubscher, to key figures like Frederick Page, South Africa’s foremost surrealist painter, who died in relative poverty and near anonymity,” said Imre Lamprecht, Auctioneer and Painting Specialist at Stephan Welz & Co.

When Erik Laubscher died earlier this year, he left six decades of artistic exploration behind him. Once rejected from the University of Cape Town on the grounds that he could not draw, Laubscher went on to study in Europe, and became the first living South African artist to sell a painting for more than R1 million. Two of Laubscher’s iconic landscapes will be auctioned: Somerlandskap-Overberg and Compositional Landscape in Red, each valued at R200 000 – R300 000.

Irma Stern, who is currently one of South Africa’s most highly valued artists, is best known for her arresting portraiture and her bold still life compositions. She also painted exceptionally beautiful expressionistic landscapes. Cypress Trees, Pretoria, which is for sale at an estimated R1 000 000 – R1 500 000, is an excellent example of her engagement with the environment, according to Lamprecht. Stern’s paintings regularly sell for figures in the millions.

On the opposite side of the spectrum, South African artist Frederick Hutchison Page, died penniless and in near obscurity, but today is recognized as South Africa’s foremost surrealist painter. Two of his works are up for sale, including Moth Emerging From a Cupboard, which is valued at R100 000 – R150 000. 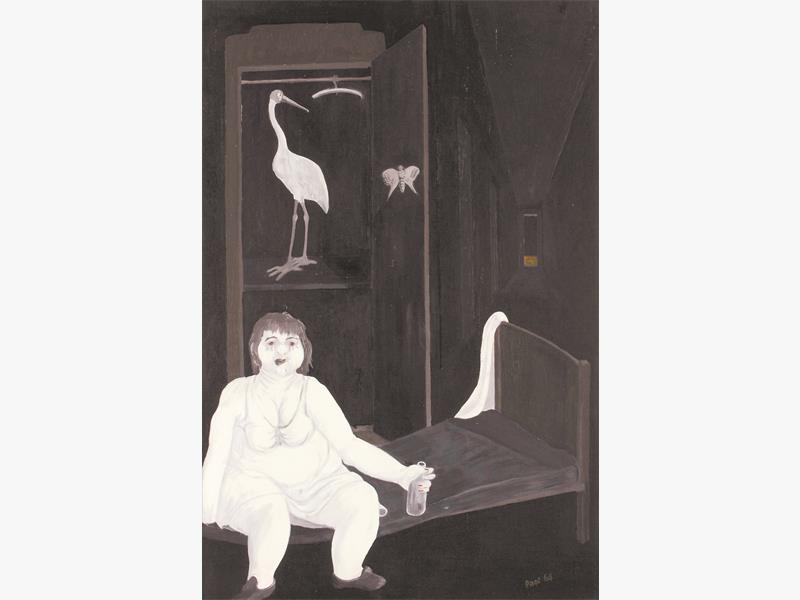 Three paintings from Cape Town-based Peter Clarke, who is considered one of South Africa’s most important living artists, will go on the auction block. Previously, Clarke’s works have fetched high prices at Stephan Welz & Co. auctions, with his Surfers at Strandfontein selling for R672 000, at nearly R500 000 more than its estimated value, and Netball Players, which at a selling price of R268 000, fetched double its estimate.

Freida Lock’s Portrait of Gregoire is an interesting work by an artist, of an artist: the subject of the work was Gregoire Boonzaier, a good friend and member of Lock’s artistic circle. Lock was a gifted painter whose career began only in her 30’s and ended too soon, when she died at age 60 in poverty in 1962. The oil on canvas is valued at R400 000 – R600 000.

While local is lekker, there will also be a number of important international works up for auction. Three of the most significant are from renowned American artist Alexander Calder, Frenchman Jules Girardet and Ukranian Jewish painter Emmanuel Mané-Katz.

South Africa is quickly catching up with the rest of the world in appreciating the value of art photography, and there are also a number of important photographic works going under the hammer. Three works of special interest are by Gerard Joseph Malanga, an American poet and photographer who worked closely with Andy Warhol in New York during the pop artist’s most creative period. The three photographs are valued at R6 000 – R10 000 each. In addition, there is a photo depicting a smiling Nelson Mandela during his 1956 treason trial by celebrated Drum photographer Jürgen Schadeberg, estimated at R30 000 – R45 000. The furniture designed by famous American duo Charles and Ray Eamescould certainly be called functional art, and as the Mid Century period is increasingly appreciated, the value of these works is steadily climbing.

With emerald deemed as 2013’s Colour of the Year, the green hue is popping up everywhere, from fashion to, of course, jewellery. The colour is there to enrich and enliven the highest bidder, in a pair of Art Deco jadeite and diamond earrings, valued at R12 000 – R16 000, and a ring featuring a square emerald- cut emerald surrounded by diamonds, with an estimate of R25 000 – R30 000.

Collectors of entertainment memorabilia take note: on offer at the upcoming auction are the rear cover of The Beatles A Hard Day’s Night album, autographed by the Fab Four themselves (valued at R30 000 – R40 000), as well as autographed original photographs of Elizabeth Taylor and Richard Burton.

The auction will take place at 13 Biermann Avenue, Rosebank. Pre-auction viewing is open to the public at no charge, daily until August 4, from 10am to 5pm. For more information, contact 011-880-3125 or e-mail

The auction catalogue can be viewed at www.stephanwelzandco.co.za