Don’t rob the youth, train them

An economy that’s growing and inclusive raises the living standard of its people. 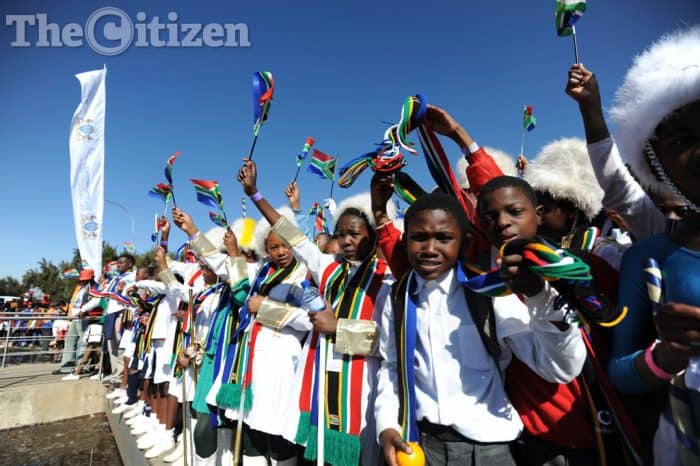 Unlike most of our counterparts, our economy is proving to be a nightmare we wish we could wake up from. Our economists reckon we just avoided a recession, but judging by the slow pace of growth, the ballooning current account deficit and unemployment that’s at a staggering 26%, the definition of recession might just have a new name: South Africa.

I think someone must whisper to the nice folks over there in the economics corner, “technically, South Africa is already in a recession; we’re just refusing to accept and verbalise it”.

The older generation of politicians have shown us their true colours; dare I say they will soon exit the political stage. For some it will be in a haze of nostalgia – for the gravy train they’re about to alight from. Only a few, less than a handful, will retire quietly wondering did we, in broad daylight, just rob the next generation of their dreams?

A glance at the IMF World Economic Outlook (WEO), released in April, casts a gloomy picture. It suggests that the South African economy will grow by a mere 0.6% this year.

The Statistics SA report on the Social Profile of the Youth is a serious indictment on the poor quality of education that condemns many of our youth to a gloomy future. The Daily Maverick’s The Great Reversal: Stats SA claims black youth are less skilled than their parents, is an excellent article on the StatsSA report – both are required reading for Moneywebbers.

It is really important for South Africans – black and white – to understand that unless we deliberately focus on breaking down the barriers that prohibit individuals, families, and entire communities from connecting to opportunities within this economy, we will be in grave danger of losing the very notion of what it means to be living in a democracy. Young black people represent both an opportunity and a challenge for the country. They’re our potential human resource base for development if they are nurtured and productive, but can be a source of conflict and social tension if neglected.

I deliberately use the term “black youth” because they are largely affected by the inequality and imbalances in our society. Recent events have shown us that young people cannot afford to wait for remedies that are agonisingly slow in coming. They need solutions with immediate and powerful impact.

But what is also changing is the political attitudes of white youth to inequality. As the black youth’s struggle is no longer an issue of just one race; and as more of our children integrate, so white youth are realising that what’s affecting my friend’s wellbeing affects me too. A good illustration of this shift in tackling imbalances and inequality can be seen in the student fallist movement and even the EFF, where a number of young white South Africans are rising up to support their black counterparts’ cause.

So, be it by design or accident, we (black and white) are all affected and impacted by this wave of youth who are striving for an inclusive economy.

However, South African youth are losing the battle before they even reach adulthood. Even though regression is evident more in black youth, the reality is that their white counterparts will also be affected.

Modern theories of how societies ought to work is supported by a growing body of research that suggests that reincorporating individuals, the youth and communities of concentrated poverty into the economy, is not just good for them, but good for the economy overall.

That said, we know that to reach the poor and traditionally marginalised people in our communities will require an approach that moves beyond a simple focus on raising the national GDP and increasing foreign direct investment, although both remain vital.

An economy that is growing and inclusive raises the living standard of its people – where value-added benefits reach everyone – resulting in poverty and inequality being reduced over time. For example, StatsSA tells us, the percentage of people dependent on grants has increased from 12.7% in 2003 to 30% in 2015. If the economy was structured in such a way that opportunities were created to allow for more people to participate in and benefit from it, this would not be the case.

An economy without barriers to participation would enable government to play a catalyst role instead of being the only supplier of opportunities. In turn this would mean young people from low-income households could benefit from better schools, safer neighbourhoods, and more economic security. In return, these children are less likely to require government assistance and are more likely to contribute to the economy.

I will continue to be critical of those who try to justify an economy that continues to exclude the bulk of its youth by preserving the comfort of a few. Their actions are morally and socially irresponsible.

I wonder as you do, why none in the political leadership of the country – not just the ruling ANC – have talked about advancing development activities that create more job opportunities for youth across different sectors. It is too obvious for words that for an economy to be more inclusive of youth, it’s important to create training programmes specifically tailored for youth. Providing youth with the education and skills they need to participate in the productive economy and involving them in policy design is key for their inclusion in national development.

One way we start tackling youth unemployment is by clearing the path from being students to the world of work. South Africa must improve the quality and status of vocational education and training – this will provide an alternative route into work for young people who do not go to university and also support mobility and progression in the labour market.

If we are concerned, as I hope we are, about fairness, moving the country forward past the political rhetoric, ending poverty and inequality, we will start by making sure that our youth – those on the lowest rungs of our society’s ladder – are brought in to build a more inclusive economic future.