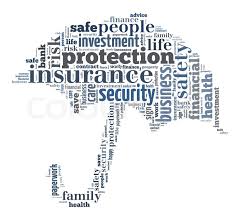 “You must realise that it amounts to a unilateral cancellation of the policy. You are effectively cancelling the contract and the insurer will no longer debit the premium in the months to come,” said Darpana Harkison, senior assistant ombudsman for short-term insurance.

She stressed that a failure to pay monthly premiums would result in consumers suffering the loss of insured items in the event of a claim – even without a stop-payment in place. “In most cases, claims are against vehicles or houses that are subject to loans. These are not items that you can replace readily and if a claim is rejected you’ll still have to repay the loan on something that is damaged or no longer exists,” she said.

If no premium is paid for a specific month, there is no cover for that month. However, a safeguard mechanism in the Policyholder Protection Rules gives consumers a grace period in which to pay and thus ensure that the policy continues to provide cover.

“This means that the insured has a 15-day period to raise funds and pay the premium – the insurer cannot debit the premium in this time,” she said. While different insurers may grant policyholders grace periods of different lengths, any period of less than 15 days from the agreed due would be in breach of the rules, she added.

“It must be emphasised that the words not less than 15 days do not mean within 15 days – the grace period in this instance will commence on July 16 2015 until the period set out in the policy wording,” she said.

Premiums cannot be paid retrospectively or to give cover going back.

Harkison said policyholders are responsible for ensuring they have sufficient funds in their bank account to meet premiums and to either accept or cancel policies following an increase in premiums.