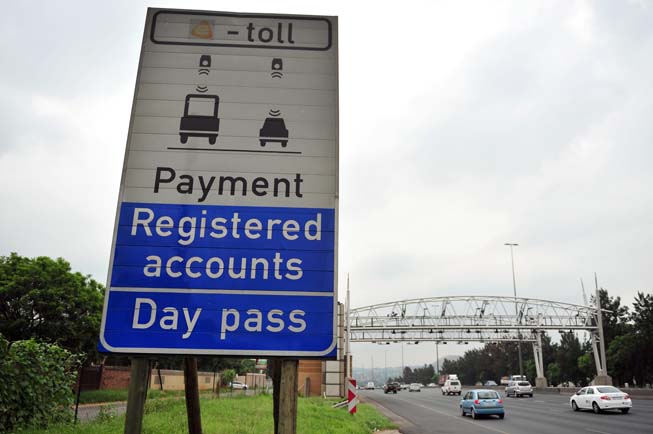 The South African National Roads Agency (Sanral) is developing a new funding model that will see it generating own revenue for the first time and do away with the strict separation between its toll and non-toll portfolios.

That would enable Sanral to keep toll tariffs within an affordable range by supplementing toll revenue on a specific project from either the public money or revenue it generates itself.

Sanral CEO Skhumbuzo Macozoma, told Moneyweb about these developments during an interview at the Sanral head office in Pretoria. Macozoma assumed office on December 1, succeeding Nazir Alli who retired earlier.

Ideally Macozoma would like Sanral to limit itself to road building: plan, design, submit a budget, get allocations, build the road and maintain it. That is what it does best.

Unfortunately available allocations are not enough and as is being done globally, Sanral has successfully tapped into private capital through tolling. Traditionally state tolls and toll concessions worked well. The capital markets were supportive and rates of return were good.

The Gauteng Freeway Improvement Project was Sanral’s first venture into urban tolling and the problems associated with it are well-known. “People say we did not consult enough,” he says. “We need to listen to our people. We need to consult better.”

Putting this attitude into action, Macozoma says Sanral has requested transport minister Dipuo Peters to develop a new toll roads policy and consult the public in the process. “We hope to contextualise tolling properly so that we can agree when, where and how we toll.”

He hopes to have such a policy passed in parliament and says “it must be given the time it requires”.

At the same time Sanral is developing its own long-term strategy with a 2030 horizon, that aligns with the National Development Plan.

While the process is still on-going, he says there is emerging consensus about an integrated funding model. At the moment, Sanral gets 86% of its funding from the state and the balance from tolls.

The new model would add a third revenue stream, namely own revenue. Macozoma does not want to expand much on this as the work has not been completed yet, but mentions the possibility of selling the services of Sanral’s experts, leveraging its huge land portfolio and income from hosting advertising.

On the expenditure side, Sanral would propose hybrid funding, that would open up the opportunity for utilising more than one source on the same project. Sanral is talking to the Western Cape Government in this regard to find funding solutions for the N1, N2 Winelands road, where resistance to tolling has stalled the project.

Macozoma is solutions driven. “If we cannot toll, we have to find other funding. If we don’t, everybody will suffer,” he says.

He is concerned about the lack of progress with the next phases of the Gauteng Freeway Improvement Project (GFIP). “In five years we will be back to the (congested) situation we had in 2008.” Planning for the project has to go ahead and be done in conjunction with the cities who own most of the land reserves involved, he says.

Macozoma warns against an approach where some parts of the planned network are built on an ad hoc basis. You have to approach it as a network to get the full benefit of mobility, he says. But for that, he needs R46 billion….

He emphasises that mobility is a prerequisite for economic growth and says that unless Sanral can find the funding, it would have to prioritise over the medium term. That would see some provinces left behind though.

Sanral’s allocations from national government for its non-toll portfolio has increased from R12 billion in the current year to R15 billion in 2017/18, which will enable it to embark on major capital works on the provincial roads it has taken over from provincial authorities.

Macozoma says Sanral has pushed back some projects in an effort to manage its debt, keeping in mind the lower than anticipated revenue from the Gauteng e-toll project.

This would see its monthly debt auctions reduce from R600 million each last year to R300 million each. Macozoma says this was done by applying the actual e-toll income of about R65 million per month, rather than higher forecasts. The e-toll risk has been reduced through this approach and the ratings agency Moody’s has indicated that it is comfortable with this.

Nevertheless Sanral will “continue to chase our debt” in compliance with the Public Finance Management Act, Macozoma says. The test case with Outa is currently scheduled for around September, “but we want it sooner”, he says. Until there is legal certainty, everybody is in limbo, he says.

Apart from the test case, Sanral will proceed with its civil action against defaulters and expects the first default judgements in the first half of this year.

Macozoma however wants to go further. He has given instruction for the few biggest defaulters to be criminally charged. “If we can start with at least one.”

These are typically large trucking companies or fleet owners. “We know that 80% of the money is owed by 20% of the clients,” he says.

Maczoma feels strongly that “it is not correct to willfully ignore the laws of the country”. He says government has made meaningful concessions on e-toll fees, but there are not concessions “from the other side”.

Sanral is further pursuing license blocking for outstanding e-tolls, but that is dependent on the efficient functioning of the Administrative Adjudication of Road Traffic Offences Act (Aarto).

On the other hand Sanral hopes to win the hearts of Gauteng road users by demonstrating the value of the e-toll system. Macozoma says the e-toll system with its huge clearing house has tremendous potential. Sanral could, for example, offer the Airports Company South Africa (Acsa) the option of e-tag holders paying for parking at the airport through their e-toll accounts, he says.

About stepping into Alli’s shoes, Macozoma says he has his own approach. “I don’t talk to the media unless I have to. I’m an engineer. I build roads.” But he is conscious of his own limitations, he says. “I don’t play politics.” That he will leave for the politicians while he sticks to the administrations. There won’t be any mud slinging in response to his detractors, but he would set the record straight on content that is not factual.

The most important thing is that he won’t allow Sanral’s engineers to be derailed from exercising their mandate. “I’ll take my own path and restore the technical reputation of Sanral.”