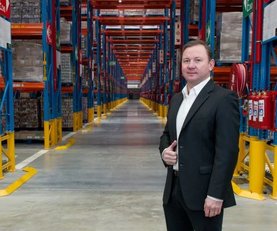 Inflation – depending on the way it swings – can be a boon or a burden for retailers.

Just ask Shoprite. South Africa’s largest retailer has had to manage internal inflation that swung from a high of 7% in its South African supermarkets a year ago, to a low of 0.4% in the six months to December 2017.

Despite this swing the local supermarket operation grew sales by 7.8% generating a trading profit of R3.3 billion, R350 million more than in the corresponding period.

The non-RSA business, which trades in 14 countries in the rest of Africa, did not fare as well. Sales were down 9.5% in local currency, against growth of 155.4% in the previous year. The decline, which was expected considering last year’s strong performance, was exacerbated by challenges in Angola, including a drop in internal inflation from 41.3% to -1.8%. 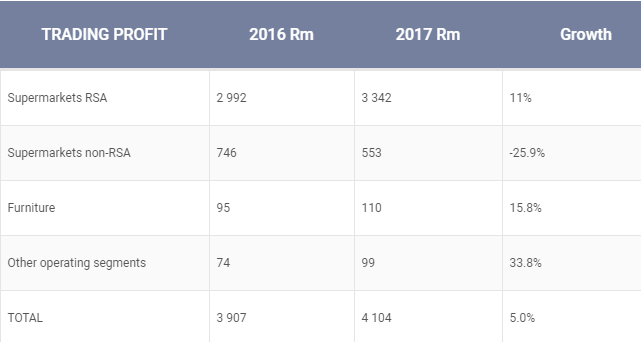 “Some of you may think these growth rates are not good enough, but I can assure you we are very proud of them,” said a relaxed looking CE, Pieter Engelbrecht, who moved into the role from CFO a year ago.

Africa, Engelbrecht told analysts on Tuesday, “is not a disaster zone”. “The beauty of this business is the resilience of the RSA operation, which despite a mature market, tough competitors and deflation, was able to gain market share of 0.5%.” This translates into R1 billion in additional sales, with 147 million more products sold and 19.2 million more customers, he says.

And while there are short-term set-backs in the non-RSA business, “this business is still in very good nick”.

“Five years ago we were in dire straits in Angola. But we worked on our relationship with the government, and three years ago when the oil price dropped we did not profiteer. Customers started to appreciate us and the business exploded, growing at a compounded 35% over the last two years. Now if Angola sneezes our non-RSA business catches a cold.”

Nigeria’s turnover growth in local currency was 9.3%, hampered by import restrictions and forex shortages in the country. Zambian operations, however, are starting to show positive growth, with sales up 4.5% in local currency.   Expansion in Africa continues with a planned entry into Kenya before the end of 2018, where weakened competitor positions have opened a window of opportunity, says Engelbrecht.

He pointed out that in the prior year, non-RSA operations did much better than the South African operations. “This year reflects an inversion of the trend and validates the strength of our strategy, which includes geographical diversification and the extraction of value across all operations and brands.”

Drikus Combrink, founder at Capicraft Investment Partners, says the results reflect the benefit of significant investment into the company over the last four years. “They have invested heavily into distribution infrastructure and IT systems – both locally and in the rest of Africa.

“The sizeable investment in Africa is not yet paying off in net profit, but as they build scale prices will come down which will help customers, and in the process entrench them. It becomes a self-reinforcing moat, but you have to take a long-term view.”

Where the investment is paying off, he adds, is in Checkers’ premium offering which is attracting market share.

For Asief Mohamed, CIO at Aeon Investment Management, the concern is not the results per se, but Shoprite’s current valuation. “They are priced on a forward P/E of 23x. I’m not sure how that rating can be justified – unless there is going to be super-growth in the next four years. A lot of optimism has been priced into the share.”