At least two franchisees in Johannesburg are allegedly flouting the Basic Conditions of Employment Act as well as the National Minimum Wage Act. 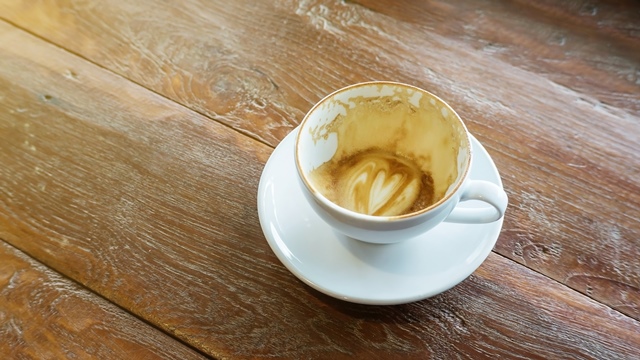 Trouble is brewing, along with the coffee, at the Mugg & Bean as Cosatu prepares to wage war on the labour practices imposed by some of the franchise shops.

The trade union federation is up in arms after it emerged that some of the multibillion-rand corporation’s franchisees not only charged their staff a 1% “breakage fee” (whether or not they are responsible for any breakages), but also did not pay their waitrons a basic salary.

Waitrons who spoke to The Citizen from two Johannesburg Mugg & Bean (M&B) restaurants said they earned 3% commission on the tables they served and did not get paid an hourly rate as the newly effected National Minimum Wage Act specifies.

While Famous Brands owns Mugg & Bean, the franchise argued that franchisees “set their own internal policies in conjunction with the laws, legislation, and best practice in their respective areas”.

Cosatu parliamentary officer Matthew Parks said the federation would take the company and its franchisees to task.

“There is no basis in law to charge workers a breakage fee. Other workplaces do not do so. Workers have fought and defeated employers who charged them for uniforms, etc. Dishes are a tool of the trade,” he said. “Cosatu will be engaging workers at Mugg & Bean and taking this matter to the CCMA.”

Famous Brands is also bound by the bargaining council for the restaurant, catering and allied trades, which as of July last year, reached agreement on a R20.50 per hour minimum wage.

The agreement, as The Citizen understands, does not make a specific requirement for wage or salary payment structures, as long as the monthly income of the employee amounts to the agreed upon minimum wage.

Mugg & Bean operations executive Jeanne Geldenhuys said the company did not have a breakage fee policy in place and that individual franchisees were responsible for the employment terms of their staff.

“Due to M&B being a franchised business, various M&B restaurants have different policies in place regarding breakages. We require that they are in conjunction with industry best practice and according to legislation in their area, as well as aligned with all South African labour legislation,” said Geldenhuys.

Cosatu plans to approach authorities over the 3% commission which was paid by some franchisees in lieu of the hourly rate stipulated in the national minimum wage (R20 an hour).

“Where commissions to waiters are paid, this is an opportunity for employees to earn over and above the minimum wage or base salary, as an incentive for performance,” she said.

But according to JD Verster of JD Verster Labour Law Office, these franchisees are flouting both the Basic Conditions of Employment Act as well as the National Minimum Wage Act.

It was against the provisions of the Basic Conditions of Employment Act to enforce a unilateral breakage fee without negligence and the resultant loss being properly established, he said.

Verster said it was similarly against the National Minimum Wage Act to not pay employees based on the hourly rates stipulated.

Cosatu urges members to vaccinate, so economy can reopen
4 weeks ago
4 weeks ago

Cosatu urges members to vaccinate, so economy can reopen
4 weeks ago
4 weeks ago