Sars must gun for fat cats, rogues to wipe out R14.6bn shortfall – expert

The politically connected, those who received Bosasa bribes and cigarette kingpins should be targeted or 'SA is in deep trouble'. 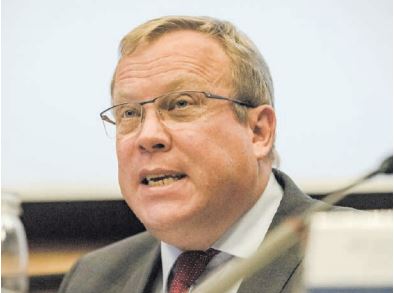 Despite the SA Revenue Service managing to increase its tax collection for the financial year ended March 31, it still saw a shortfall of R14.6 billion from what was estimated.

But the service has to start collecting debts from the politically connected if it wants to see an improvement, an expert says.

The revenue service released the preliminary revenue outcomes for the 2018-19 financial year, collecting R1.287 trillion, failing to reach its target of R1.302 trillion by 1.1%.

Compared with the 2019 budget estimate of R1.345 trillion, this resulted in a deficit of R57.4 billion, and a further R14.6 billion against the revised estimate of R1.302 trillion.

The debtor’s book, however, was the “deep” concern, standing at R145 billion after it had grown by R14 billion in the recent financial year, acting Sars commissioner Mark Kingon said. “It has grown at R14 billion, a significant increase… Some of the debt could be ancient. It goes back many years and the older a debt becomes, the more difficult it is to collect.”

This outstanding debt might not be recovered, though, as the economy was strained and some people have lost their jobs, economist Mike Schussler said.

“Municipalities are owed R130 billion and write-off R21 billion because people are using things they don’t pay for. The same for tax. It would be difficult.”

“Sars would have to not just collect debt but also collect tax from politically connected people,” Schussler said.

Schussler fingered cigarette kingpin Adriano Mazzotti and those who received “Bosasa bribes” as some who should be targeted for tax collection.

“The cigarette industry owes between R8 billion and R10 billion and could cover a lot of holes. There seems to be a very slight attitude to paying taxes, like the ones who got Bosasa bribe money, which needs to be taxed.

“We don’t know what happened to EFF leader Julius Malema [and his alleged tax evasion]. There is a lot of evidence that people who are politically connected are not paying all the taxes. The morality of the tax system is under threat and it is frightening.”

“Getting R15 billion less says SA is in deep trouble. Government would have to borrow more money and cut back on spending.”

R29 billion of the outstanding tax debt was under dispute, Sars chief officer of finance Johnstone Makhubu said. “It does not mean when a debt is undisputed, it is collectable. Some has aged and some is related to fraud.”