ANC says restructure plans will not lead to retrenchments at SOEs

SAA is currently under business rescue, with the government seemingly unable to raise the R2bn needed for a bailout. 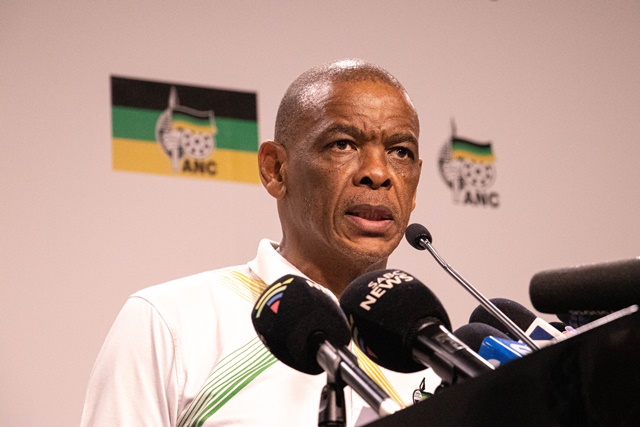 The ANC says the government has no plans to retrench staff at ailing state-owned enterprises (SOEs) despite referring to substantial restructuring. The party held a post-lekgotla media briefing on Wednesday to outline the resolutions it had taken over the weekend.

Its economic committee chairperson Enoch Godongwana said restructuring did not necessarily follow retrenchments. Godongwana added when the government talked of restructuring Eskom by separating generation and transmission, it meant “transmission must be available to everybody on a non-discriminatory basis”.

“So, you are separating generation to be owned by Eskom, so that all other generators must have equal access to transmissions. That is restructuring. It does not necessarily mean retrenchments.”

ANC secretary general Ace Magashule earlier read a statement that focused on the economy and state-owned entities. The national executive committee (NEC) of the ANC had resolved that SAA, which cancelled nearly 20 domestic and international flights on Tuesday, should be retained as the national airline.

Magashule said this would require substantial restructuring, with Cabinet taking the operational decisions needed to achieve it.

“The NEC resolved that the ANC will continue to be guided by the vision outlined in its ‘Ready to Govern’ policy document, which stated that the balance of the evidence will guide our structuring and restructuring of state-owned companies and our decisions on when we need to increase or reduce public ownership in order to advance our economic programme,” he added.

SAA is currently under business rescue, with the government seemingly unable to raise the R2bn needed for a bailout. Magashule said the ANC was of the view that public enterprises needed to play a developmental role, especially through their production of goods and services.

“There should be a proper assessment of public enterprises’ strategic importance for the developmental agenda. Its mandates should be clear, costed and monitored consistently to ensure the successful restructuring of programmes,” he added.

Last year, Cosatu parliamentary co-ordinator Matthew Parks said there was growing fear about possible full-blown retrenchments at SOEs due to government’s resuscitation attempts. He clarified this after Public Enterprises Minister Pravin Gordhan released a paper on the road map for the future of Eskom, which promoted a diversified energy mix for the country. The ANC resolutions are in support of this road map.

“Labour’s fear is that in fact it may increase costs by requiring more CEOs, management and boards. Workers fear that it may lead to full-blown retrenchments and privatisation through the back door. Any attempts to retrench workers will lead to massive strikes by not only the NUM [National Union of Mineworkers], but the entire federation and its affiliates,” Parks warned.