Didiza says more than 15,000 small-scale farmers have been approved for Covid relief

The fund intervention of R1.2 billion aims to address the effects of the coronavirus and ensure sustainable food production post the pandemic. 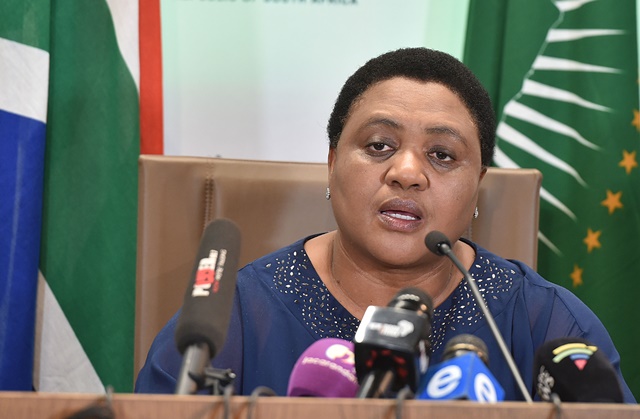 She said the smallholder and communal farmers’ application process opened on 8 April and closed on 22 April and 33,000 manual application forms were distributed through the department’s provincial and district offices, commodity and civil society organisations.

“I am pleased to announce that after the closing date, 55,155 applications were received. The Eastern Cape received the highest number of applications followed by the Northern Cape and North West.

“To date, 15,036 applications have been approved, valued at just over R500 million in favour of smallholder and communal farmers,” said Didiza.

She said the department would finalise its decision on the remaining applications in the next week.

“Livestock has been the most requested commodity by farmers, followed by vegetables, poultry and fruits. Each of the approved farmers will receive inputs in line with the size of their farming operations up to a maximum of R50,000,” said Didiza.

The minister added that a further R400 million was being channelled to farmers within the Proactive Land Acquisition Strategy (PLAS) who were already approved for the department’s stimulus package as they had initially been budgeted for in the 2019/2020 financial year.

“It must be noted that an amount of R600 million had to be reprioritised from the stimulus package on PLAS farms in the 2019/2020 budget to assist the other smallholder and communal farmers in terms of this Covid-19 intervention,” said Didiza.

The issuance of vouchers to provinces would commence on Monday.

The department had engaged the services of different suppliers through an open supply chain management (SCM) process to avoid any delay in the delivery of these inputs.

Didiza highlighted that there were a number of lessons learnt from the process, which would require government and the sectors, especially commodity groups working with small-scale and subsistence farmers, to build on.

Among others, the department had noted the lack of proper documentation or filing of documents by famers.

“It saddens me that during this process many of them fell by the sideway [sic] because they could not provide proof that they are farmers or farming. The registration of farmers on the Producer Farmer Register will enable government to locate farmers so that targeted support can be provided,” said the minister.

She urged farmer organisations to assist farmers in formalising their operations, especially insofar as record-keeping was concerned.

The minister made it clear that monitoring and evaluation of this programme was important to ensure value for money and food production. Therefore, the department would work with various NGOs and civil society organisations to monitor and evaluate the implementation of this intervention.

“Through this intervention, we want to ensure that agricultural production continues to ensure food security for the country. Food is being produced at farm level and deliveries are made to wholesalers, retailers, fresh produce markets and other critical distribution points,” said Didiza.

“We urge the food value chain role players to strictly comply and adhere to strict health regulations to contain and arrest the spread of Covid-19 as we strive to supply food to the nation.”

Covid-19 treatments: What works, what might and what doesn't
2 hours ago
2 hours ago

Covid-19 treatments: What works, what might and what doesn't
2 hours ago
2 hours ago