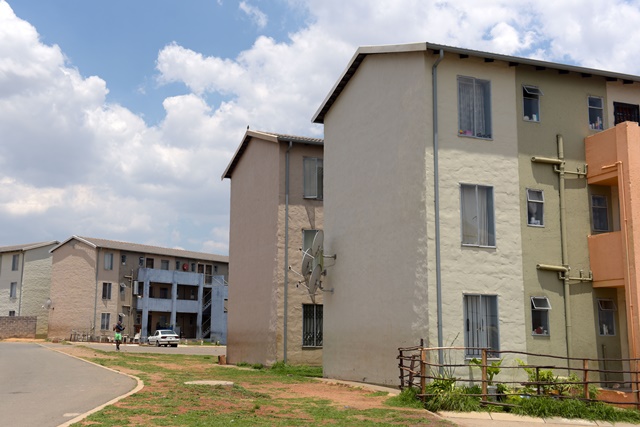 Residential buy-to-let investors beware: South Africa’s flat vacancy rates spiked to 11% in the third quarter of 2020, from 7% in the prior quarter.

“All the major cities now have vacancy rates in the double digits, with Durban and Cape Town the worst off,” according to the latest Rode Report on the South African Property Market (Q3,  2020).

“We are sitting with a large number of vacant flats and an even bigger list of tenants in arrears with rental payments,” Rode quotes one of its Cape Town survey respondents as saying.

Joburg’s flat vacancies have also more than doubled to 11.3%, but this is more in line with the national average. Pretoria’s apartment vacancy rate also worsened quarter-on-quarter, but at a slower rate, up 2% to 16.5%.

“High and rising flat vacancy rates have led to weaker rentals,” Kobus Lamprecht, head of research at Rode & Associates, notes in the report.

“Official data from Stats SA show that nominal flat rental growth in the second quarter of 2020 slowed to 2.8%, compared to a year earlier … [This is] the weakest growth since at least 2009.

“Third quarter rental data are not yet available from Stats SA, but we expect rentals to show a decline soon,” he says.

“Rentals are heading south due to the oversupply of flats, linked to huge increases in new rental stock in 2018 and 2019 and weakening demand as the weak economy hit tenant finances,” he adds.

The previous Rode Report (Q2, 2020) warned of a further rise in vacancies as tenants opt for more affordable apartments or move in with family or friends to cut costs in the face of the Covid-19 economic fallout.

“Job losses are at record highs, and many South Africans have also experienced salary cuts.

“But it’s not only about Covid‐19. Let’s not forget the economy was already in a recession before the virus emerged in South Africa in March,” Lamprecht points out.

Citing similar sentiments expressed by FNB, he notes that “some financially sound tenants” are opting to purchase residential flats or houses, as the “monthly cost of owning versus renting is now closer to equilibrium”. T

his comes as a result of the sharp decline in interest rates.

“Preliminary data from the Deeds Office obtained from FNB shows a strong increase in transaction volumes by younger buyers [below 35 years], from 38% of the total in 2019 to around 43% in 2020.

“This age group forms the core of the ‘renting age’ in the country,” says Lamprecht.

Speaking to Moneyweb on Wednesday, FNB’s property economist Siphamandla Mkhwanazi highlighted that while massive job losses have taken place, most of these jobs have been cut among lower skilled workers.

“Higher skilled and educated people have been relatively insulated in the first wave of job losses, which has seen many of them take advantage of the much lower interest rates and opt to buy investment properties or their first homes, instead of renting,” he says.

“With many corporates picking up the pieces [due to the Covid-19 crunch], we may see a second wave of job losses in South Africa extending to professionals … If this happens, it will have an impact on both the property and buy-to-let markets,” he adds.

Mkhwanazi reiterated that the current move from renting to buying a home is “a contributing factor” to the rise in flat vacancies.

“I see apartment vacancies continuing to increase, while rental escalations are expected to be subdued,” he notes.