These figures are not going to go down well with long-suffering shareholders who, the remuneration committee notes. 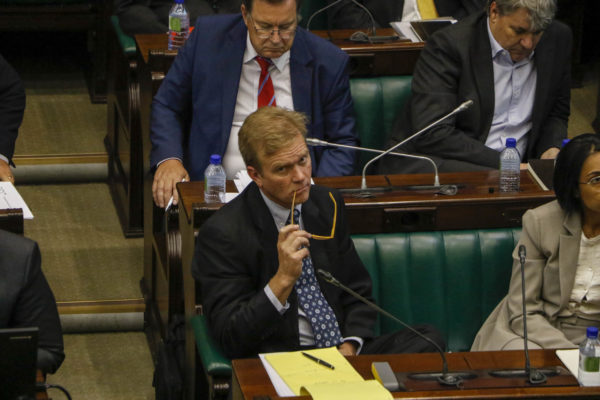 In what could be interpreted as an indication of the extreme precariousness of Steinhoff’s existence, the retail group’s remuneration committee defines ‘long term’ as just one year.

It is because of this unique perception of ‘longevity’ that CEO Louis du Preez’s annual bonus and one third of his long-term incentive are paid out in the same year. And are paid out entirely in cash.

In 2020 Du Preez’s accrued annual bonus and a portion of the long-term incentive, awarded at the beginning of that financial year, amounted to €1.5 million. It accounted for 44% of his total remuneration package of €3.4 million (R62.2 million).

These figures are not going to go down well with long-suffering shareholders who, the remuneration committee notes, were concerned about the “size of the compensation packages in relation to the decreasing size and scope of the company”.

That concern was part of the reason the advisory vote on the remuneration policy was not passed at last year’s annual general meeting.

Shareholders were also concerned about the “lack of an equity-based compensation component with a sufficient long-term character, and the limited level of share ownership among executives”. It wasn’t just a matter of no long-term-based equity compensation, it was no equity compensation at all for the top executives. Shareholders might be inclined to assume that Steinhoff’s remuneration committee doesn’t believe the group has a future, even a 12-month-long future.

According to the recently released annual report, the remuneration committee considered shareholders’ concerns, then went ahead anyway and did what it had planned to do.

Which is to pay the key executives huge packages of cash with not one share-based award in sight.

To be fair to Steinhoff’s remuneration committee, it is faced with a unique set of circumstances.

Du Preez, a long-term legal advisor to the company, ended up in the CEO position by default and is trying to rescue the company rather than run it. So he is probably being paid as a financial engineering expert rather than a business manager.

This may be why the remuneration committee also chose to ignore shareholders’ concerns about Steinhoff’s remuneration packages being comprised entirely of cash – no share-based awards have been given.

In addition, given the current very low share price, any share-based awards granted at this stage would have to be substantial in number. If post-rescue Steinhoff proves to be profitable, generating huge returns on any shares awarded to Du Preez, the remuneration committee would be open to all sorts of charges of conflict of interest. They’re almost faced with a lose-lose situation.

Arguably Du Preez’s remuneration should be seen as part of the advisor costs.

These, shareholders will be pleased to know, were reduced significantly during 2020. In its message to shareholders, the management board, led by Du Preez and CFO Theo de Klerk, said every effort was, and is, being made to limit the costs relating to the various restructuring and legal processes. In 2020 the bill came in at €58 million – which, while still significant, was substantially lower than the €158 million notched up in 2019.

“If the litigation settlement proposal is successfully implemented during 2021, we expect the total costs to be further reduced after the 2021 financial year,” said the management board.

While much of the narrative of the 2020 annual report appears to assume that the proposed settlement is on track, recent developments suggest that things remain precarious.

Hamilton, which is managing a class action on behalf of over 25% of Steinhoff’s shareholders, said in late February it would challenge the proposal on the grounds that ordinary shareholders are set to receive a substantially lower payout rate than shareholders who had a contractual relationship with Steinhoff, such as entities related to Christo Wiese and GT Ferreira.

This challenge, which has the potential to tip Steinhoff into liquidation, could at the very least delay plans to complete Step 2 of the group’s 3-Step “future pathway”.

Step 1, the creditors’ arrangement, was completed in the final months of financial 2019, and enabled the implementation of the group’s debt restructuring plan.

Step 2, the litigation settlement proposals, attempts to find a solution to the widespread litigation the group is facing.

It will lead on to Step 3, which is a restructuring of the group “with a view to reduce the debt and financing costs”.

Du Preez and De Klerk believe the best way to protect value for stakeholders is by addressing Step 3.

“This will be our clear focus in the period ahead. The ongoing asset realisations and restructures are already in support of this Step 3.”

The supervisory board may also have been a little too optimistic about the pace of progress on the “future pathway”.

In its message to shareholders it said it was encouraged by the progress made with implementation of the Litigation Settlement Proposal – “and by the potential thereafter to focus on the final phase of our three-step key management focus”.

Meanwhile management has to continue dealing with the “legacy accounting issues” uncovered in the aftermath of the December 2017 events.

The good news is that although the audit report is still qualified, the supervisory board notes that there has been a reduction in the uncertainties created by this accounting legacy.