Tammy Taylor Nails SA has commented on the furore around its selling of franchises, accusing Carte Blanche of racism. 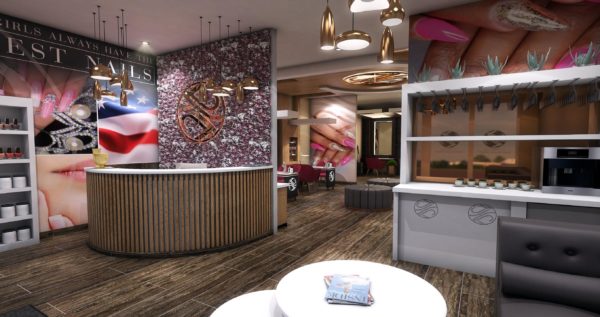 Tammy Taylor Nails has at last commented on what it calls the “misleading statements” about the franchises it sells. But, the response has been limited.

Following a series of articles in The Citizen and a segment on Carte Blanche, the franchise only referred to a programme that was aired in August last year.

Some women who paid R345,000 for licenses to open a franchise have been waiting for two years to get their money back, while at least one of them was rushed into signing a “questionnaire” that contained fine print that states “please sign to acknowledge that you are fully aware of the fact that the license fee is moveable as well as refundable once the licence for the area was resold”.

This license fee was paid without any documents being signed. Melany Viljoen, the owner, was asked for comment and to answer questions about the issues around the franchises, but did not respond, until a press release, dated 12 May 2021, popped up on the website on Tuesday.

In the media statement, according to the date issued before the latest programme aired on Sunday night 16 May, the company says “as a result of recent events”, it wants to draw attention to misleading statements by Carte Blanche journalist Kate Barry, who the company says stated on video that the franchisees are happy and that it is a high-quality, luxury brand that is superior to its competitors.

Complaining that these statements were omitted from the final edit, the company says it “will refrain from any interaction with Carte Blanche going forward”.

The statement goes on to say that “the irony is not lost that a white journalist, employed by a white-owned broadcasting programme, omitted footage of young black females who are trained and empowered by Tammy Taylor Nails SA. These are the future breadwinners who will be hurt most by the one-sided segment that was aired”.

However, in Sunday night’s programme a sound clip was played where Viljoen says: “It happened to… I will tell you who it happened to… Witbank – she literally just walked away – because they buy big salons and then they can’t… they have other stuff going on and then they just … it’s an African thing … I promise you – it’s an African thing. And it’s not wrong… it’s not necessarily right or wrong… it is just sometimes the way that it is.

“But that seems to be a trend amongst them, so now we don’t sell big salons anymore … we said to everyone we’re sorry you are not getting a spa you are getting nails and pedi only because you are biting off more than you can chew and then you walk away from the salon because it is overwhelming for you.”

Reports about the US mother company

According to the statement, the “allegations that Tammy Taylor USA has cancelled their agreement with Tammy Taylor SA have become the focal point of a smear campaign against the brand”.

The company says these allegations were further exaggerated by the circulation of a “falsified document” stating the cancellation of the contract between Tammy Taylor USA and Tammy Taylor Nails SA.

“The above allegations could not be further from the truth. As the professional relationship be-tween the two parties has evolved, contracts have been formed, changed, and renegotiated as needed to fit the current needs of each party.”

The statement refers to its “most recent communication with Tammy Taylor USA” received on 4 May 2021 that confirms the continuation of a distribution agreement and states that Tammy Taylor SA is the sole and exclusive distributor of Tammy Taylor USA’s products for the African and Australian continents. A lawyer’s letter and orders are attached as proof.

The statement ends with these ominous words: “Any further insinuations, allegations or intimations made by Carte Blanche or any other media institution towards Tammy Taylor Nails South Africa will hereafter be met with serious legal repercussions.”

Bolhuis urged people who were affected by the franchise scheme to lay criminal complaints with the police and he invited them to also approach him to help investigate, promising that he will keep all information confidential.