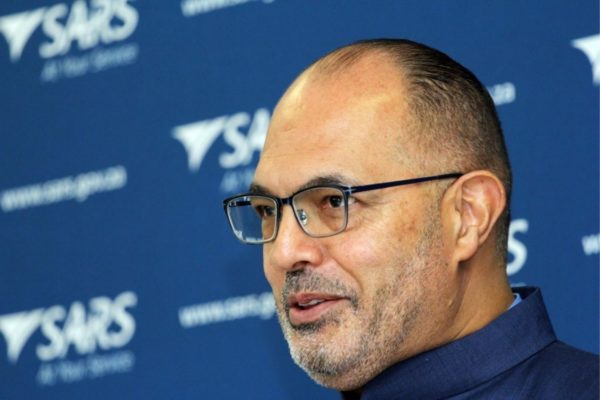 Concerted efforts by the South African Revenue Service (Sars) to collect outstanding debt and to drive taxpayer compliance across all tax types have yielded R172 billion for the fiscus, the tax authority confirmed this week.

However, Sars Commissioner Edward Kieswetter admits that tax compliance levels remain under strain, with a drop from 65% to around 62.6%. The impact and prevalence of corruption and waste is not helping to enhance tax morality in our society, he warned.

Tax morality is generally influenced by the effectiveness of government and the delivery of services in exchange for individual and corporate taxpayers’ contributions.

Economic indicators were favouring better than expected growth, however, the inability of power generator Eskom to keep the lights on have dampened spirits ahead of the mini budget.

The aftermath of Covid-19 restrictions and the destructive July unrest in KwaZulu-Natal and parts of Gauteng is still felt in the economy, despite some relief measures such as payment deferments totalling less than R40 billion.

According to Kieswetter there is still room for improved compliance across all tax types.

“Sars has embarked on focused programmes to address this trend,” Kieswetter said.

It has also recovered around R147 million from personal protective equipment fraud. The revenue authority has had a good success rate in terms of prosecutions through collaboration with the National Prosecuting Authority.

Although Sars paid out refunds to the tune of R300 billion, it prevented “refund leakage” of almost R46 billion. It also saved the fiscus R4.3 billion by reducing refunds.

Sars has previously remarked on the 26 000 unregistered taxpayers who have financial assets valued at more than R1 million and should certainly be contributing to the tax net.

In a statement Kieswetter said the tax base has been broadened with 1.6 million taxpayers. This resulted in R4.6 billion additional tax revenue during the year under review.

Sars did not elaborate as to where these taxpayers come from or whether they include deviant politicians or tenderpreneurs.

The broadening of the tax base includes all segments of taxpayers such as new businesses, the revenue collector said when asked who the additional taxpayers are.

However, Sars said its information does not have a category of taxpayers in terms of ‘deviant politicians’ and then supposedly also not for tenderpreneurs.

Kieswetter said Sars will be investing 3% of its budgeted resources in its modernisation programme in order to remain abreast in a “fast changing technology space”.

NOW READ: Sars is spying on your social media accounts – Here’s why