The indefinite strike in the coal sector will continue until such time employers present a wage offer that will entice workers, the National Union of Mineworkers (NUM) said yesterday. 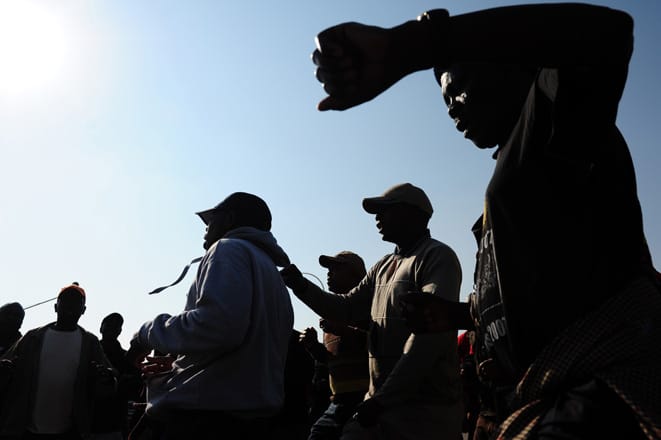 Around 30 000 disgruntled workers downed tools on Sunday, demanding wage increases of 13%. Anglo Coal and Glencore are offering the lowest-paid workers an increase of 8.5% and 7% for artisans, miners and officials.

Exxaro Coal Mpumalanga is offering 8% and 7.5% respectively, Kangra is offering 7.5% and 7% and Msobo Mine 7% and 5%. Koornfontein mine and Delmas are offering 5% for all categories.

Speaking to The Citizen yesterday, NUM’s chief negotiator, Peter Bailey, said regions would be working on activities aimed at keeping striking workers busy. He said the only thing they have heard was that employers have been holding meetings among themselves in a bid to map the way forward.

Speaking on behalf of the coal producers, Charmaine Russell confirmed meetings were being held, but was not at liberty to divulge any further information.

“The situation remains unchanged as the strike, which has had a significant impact on daily operations, continue.

“It is only pockets of areas where some workers are continuing with their daily duties,” Russell said. Early this week, Eskom warned of load shedding should the strike remain unresolved after two months.

The power utility’s spokesperson, Khulu Phasiwe, said power stations have coal reserves which can last to up to 30 days.

Yesterday marked exactly 60 days of only two hours and 20 minutes of load shedding.