Retired and emigrating? You may be hit with double taxes

In terms of the new changes to the Income Tax Act, retirement savings and interest will also be subject to tax in South Africa. 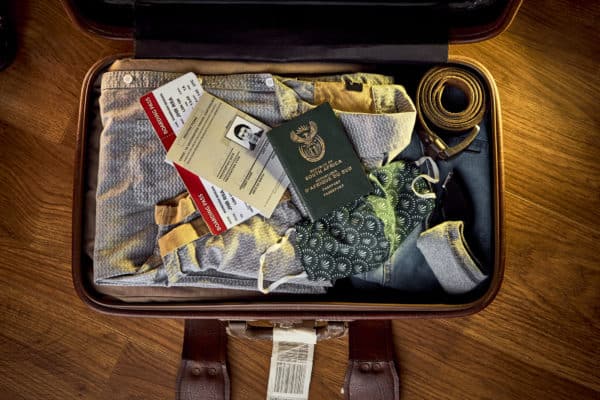 The South African government has in recent years made far-reaching changes to the taxation of retirement funds of South Africans leaving the country, causing uncertainty, concerns and even anger.

The latest attack, where interest of 7% will be levied on a deferred tax debt, may very well be unconstitutional and open to legal challenges.

Joon Chong, partner at Webber Wentzel, says it is a big concern in the retirement industry that the effective date is March 1, 2022, with many practical implementation issues still unresolved.

The proposed inclusion of a new section in the Income Tax Act – Section 9HC – gives rise to many legal and practical issues.

The section was included in the latest draft Taxation Laws Amendment Bill.

Chong also warns that in some instances the same retirement income may become subject to double taxation. Several countries have sole taxing rights in their Double Tax Agreements with South Africa.

In terms of the new changes the retirement savings and interest will also be subject to tax in South Africa.

National Treasury argues that in some cases, a person’s lump sum withdrawal following tax emigration may escape taxation in South Africa due to the application of a double tax treaty with another country.

Hugo van Zyl, tax and exchange control specialist, says Treasury is trying to override the tax treaties with a handful of countries where it stands to forfeit its taxing rights.

He explains that people who are exiting their pension funds will now be taxed at 36% for any amount above R1 million and pay interest on a debt that has been deferred.

This is on top of the “exit tax” that is charged on the deemed disposal of all moveable assets.

Under this regime a person could withdraw their retirement savings immediately when emigrating – subject to the withdrawal rates.

Now a retirement fund may only allow a person who tax emigrates to withdraw their retirement savings after they have been non-tax resident for a continuous period of three years.

The liability to pay the tax has been deferred to the time when the person is actually able to access the funds.

“A person tax-emigrating is therefore left in the bizarre situation that interest is being imposed on an outstanding tax liability during a period when that person is unable to access their retirement funds and to settle that liability.”

Chong, who sits on the tax administration sub-committee of the South African Institute Chartered Accountants, says at the very least certain fundamental concepts central to lawful, reasonable and procedurally fair administrative rights of taxpayers should be reconsidered.

The new section proposes imposing interest on a tax debt that is not due and payable to the South African Revenue Service (Sars).

She rightly asks whether the purpose of tax collection by increasing the tax base to include tax on retirement fund interests can be a justifiable limitation of the administrative rights of an emigrant.

She refers to sections 189 and 187(3) of the Tax Administration Act, which clearly indicate from when interest can apply for the various types of taxes due. Section 187(3) provides that interest can only be imposed on tax that is due and payable.

This is unlike the new Section 9HC, where tax is triggered but not due and payable until an actual withdrawal from the retirement fund in the future, but interest accrues on the tax.

The rules on charging interest on late payments is settled law on the principle that the debt must, among others, be due before interest can be imposed, says Chong.

She gives an example where a young South African who has contributed to a retirement annuity fund moves to Portugal.

They will need to wait three years after ceasing to be tax resident before they can access the retirement annuity fund.

There will still be tax triggered on the deemed disposal in the year of exit. Interest will accrue on the tax triggered (although not due and payable to Sars) over the three-year wait.

The tax triggered plus interest over three years will be a rebate against the actual tax due when the taxpayer withdraws the retirement annuity fund in full after three years.

The proposal accentuates the long-standing problem with the pension deferral regime. It comes at a price, say Keith Engel, CEO of the South African Institute of Taxation (Sait).

Tax may be saved on contribution, but tax will eventually be recouped in some form upon withdrawal – and now on “deemed withdrawal”, he says.

The funds are also locked away from easy access in times of need, as noted recently by former finance minister Tito Mboweni.

Van Zyl says the proposal does not provide for “failed emigrants”. He says people may be forced to return to SA if they lose their jobs abroad because of the impact of Covid-19.

“The person intended to stay abroad forever, but circumstances forced them to return …. What happens if they return before the three years when they can access their retirement savings? They now have the retirement fund tax around their neck.”

Terwin adds that the value of a person’s retirement savings could well decline over the three-year (or longer) period.

“A person could thus have a tax liability, plus interest, on an amount that is significantly less than what that person is able to finally receive.”

It is clear that the government is doing what it can to mitigate the risk of what seems to be an increasing trend of tax-paying South Africans emigrating from South Africa.

“What is not obvious is whether these proposals will necessarily achieve that aim,” says Terwin.

“What is clear, however, is that tax emigrating from South Africa is becoming increasingly complex and costly.”