The Soweto Camp Festival will be held from the 14th to the 17 of April 2017 at the iconic Mofolo Park (5 roses) in Soweto, 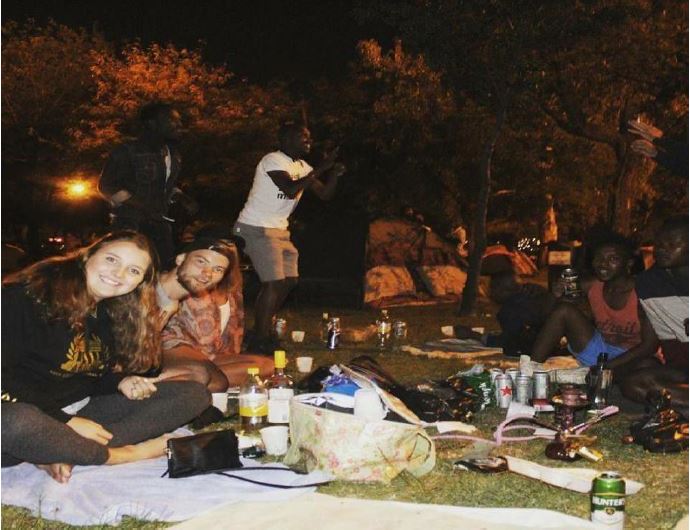 Audience enjoying a night under the Soweto stars at the 2016

To know your roots and experience the backyard of Soweto, Ghetto Mentality Entertainment will be presenting its annual biggest camping event in Johannesburg this month.

The initiative was first introduced to the public in 2010 when it was called the Soweto Camp Chair session but later renamed in 2012 to the Annual Soweto Camp Festival. The festival since its inception has benefited over 2000 stakeholders through various forms such as youth skills development, tourism development, created employment and economic development, Soweto heritage education and Entertainment.

The Soweto Camp Festival will be held from the 14th to the 17 of April 2017 at the iconic Mofolo Park (5 roses) in Soweto, it will be entering its 5th year in a row, rolling on a 3-day camping and musical festival during the Easter Weekend.

This year the festival will be trending as hashtag #SowetoGoesGreen and its goals set as:

Basically, these initiatives are aimed at educating campers and the community about greening, water conservation, food gardening (security) and alternative energy, local tourism and smme development.

The community will be involved in a variety of ways through participating in the event. They are opening the event to local vendors, volunteers, businesses, car guards, the Community Policing Forums, local college students and artists.

To add flavour during the festival which the 2017 edition is anticipating an attendance of 5000 people from across the country and abroad, a series of activities have been lined up such as:

As a norm, a big festival like this cannot go without a jive, therefore a line-up has been presented of musicians who include:

The event has always continued to grow in following and awareness.  It is currently endorsed by the City of Johannesburg Youth directorate, Gauteng Tourism Authority, the Tourism Enterprise Partnership (TEP) and Ward Councilor.

Above all, the the Soweto Festival would be delighted to get well-wishers towards the event and organisation of it as it grows This can be on endorsement of the initiation and support through stakeholders and educational material and event support through resources available to organizations.

“We must unite in a New Patriotism to achieve the goal of creating a new society. The potential for economic growth and development is better than it has been for many decades. But let us he brutally frank. Despite the welcome growth, very few jobs have been created. In fact, against the backdrop of new entrants into the job market, there has been a shrinkage of opportunities. We need a national vision to lift us out of this quagmire. If we do not act together in the public and private sectors to develop and implement such a national strategic vision, the danger is that even the modest growth we have attained will peter out in a matter of a few years, as the strains of limited capacity, skills shortages and balance of payments and other constraints start to gather momentum, and as increasing unemployment and accelerating poverty bear down on our society”