Interested in telling stories by the age of 13, she started doing skits for her friends and family. 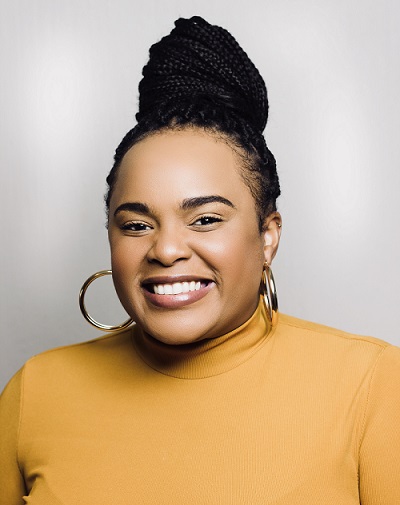 Fresh and young social media comedian Wendy Gumede is a rising star in the comedy world. Well known as “The Black Wendy”, her journey started in KwaZulu-Natal, her home province.

Interested in telling stories by the age of 13, she started doing skits for her friends and family. She says she knew that she belonged in the entertainment and film industry.

“The Black Wendy” was born during her varsity years in the University of Cape Town (UCT), her a medium to tell her stories outside the academic space. Not sure how the comedy element came about, Wendy says she just noticed she was a always humorous one in the group.

“So I started The Black Wendy Channel on YouTube. I was doing the same thing I was doing when I was 13 but this time with actors from UCT. We would come together I would write something, or I would direct something and put it on my YouTube channel. That is basically how I have grown the past few years, me, a pen, my friends and creating that content in that way.”

Absorbing many personality traits from her surroundings, her family and friends, the comedian said it was easier to create content for them because they were a reflection of who she was. From channelling Zulu moms and aunties, her skits are a celebration of them.

When you want to BRING the BINGE, Box Sets on #DStv is the way to do it ???? You can now binge your favourite TV shows with #DStvBoxSets through the DStv Now App OR with the Explora Decoder connected to the internet. Get the APP by clicking the link in my bio. #TheBlackWendyVO #Sponsored

“But I never ever thought I would venture into comedy until a conversation I was having with a flatmate in Cape Town. We were having this fat chat about growing up in a Zulu household and we were dying of laughter,” she said. Seeing a gap in the market, Wendy decided they needed to pursue it and write Zulu comedy themselves.

Her roles models in the field include the likes of Trevor Noah, Lesego Tlhabi and other local content creators who use their platforms to make people laugh. She describes her comedy as satire and flipping content you have seen, such as the Red Table Talk, with parody voice overs.

With dreams of creating a Zulu sitcom, including creating more comedic content for black comics, she said: “I love consuming Zulu content, I am so glad that there is an array of Zulu content but I also love creating my own, I feel like it is unique somehow.”

Wendy says before she releases any video, it needs to make her laugh first. “It’s healing, it gives my joy, it must inspire me before I release it.”

I tried to resist but this was probably the MOST requested video ever! So there you have it! ???????????? #TheBlackWendyVO #RedTableTalk #WillSmith #Jada

When Comedy Central called to be part of the Savannah Virtual Comedy Bar, it was a huge nod for her.

“What I love about that interaction they just gave me room to do whatever I wanted to do. I was given the time limit and frame but when it came to the actual idea, they said they wanted me to be Black Wendy, bring a unique style. That was incredible.”

In a world of comedy still dominated by men, Wendy said it was refreshing that she hadn’t been pitted against any other female comic.

“If anything, people would say ‘we need to see Coconut Kelz (Lesego Tlhabi) and our Zulu mom in a situation together’. The streets are asking for collaborations.”

Wendy says her next step is venturing into stand-up comedy