Nomzamo and Bonang to appear at 24-hour Global Citizen concert

Nomzamo and Bonang will lend their hosting talents to the event in New York City for Global Citizen Live on the Great Lawn in Central Park. 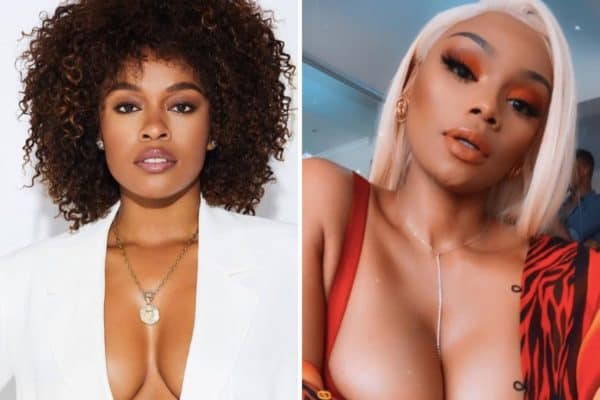 Nomzamo and Bonang who serve as Global Citizen ambassadors will also be playing host in Central Park this weekend | Pictures: Instagram

According to News24, the event is being held in an effort to raise awareness on climate change, vaccine equality and famine.

Acts such as Elton John, Billie Eilish and K-Pop sensation BTS are on the lineup in addition to acts such as Coldplay, Camilla Cabelo, Ed Sheeran, The Black Eyed Peas, Davido, Tiwa Savage and Sho Madjozi.

According to the report, Nomzamo and Bonang will lend their hosting talents to the event and since both stars are now based in the United States, they will host the event in New York City for Global Citizen Live on the Great Lawn in Central Park.

Nomzamo and Bonang will appear in addition to a range of other hosts donating their time and talent to the event which will take place across six continents. Viewers who wish to watch the event can do so via the official Global Citizen YouTube channel from 7pm onwards on 25 September 2021.

“We will continue to fight for the eradication of extreme poverty, vaccine equity and climate chang,” said Nomzamo Mbatha who is also a Global Citizen advocate.

“These collaborations have given me so many wonderful opportunities to continue my philanthropic work through the Bonang Matheba Foundation that I hold so close to my heart,” added a fully vaccinated Bonang.

In addition to Nomzamo and Bonang, The Duke and Duchess of Sussex, Prince Harry and Meghan will also be present at the Great Lawn of Central Park in New York City.

They will reportedly be there to continue their work with world leaders in pursuit of global vaccine equity.

READ NEXT: Nomzamo Mbatha inspires little boys from her neighbourhood