The Boy Next Door movie review

And you thought Jennifer Lopez's Gigli was appalling! Wait till you meet the boy with the dimples and designer stubble who seduces her in this clinker of a film. Come back, Ben Affleck! All is forgiven! 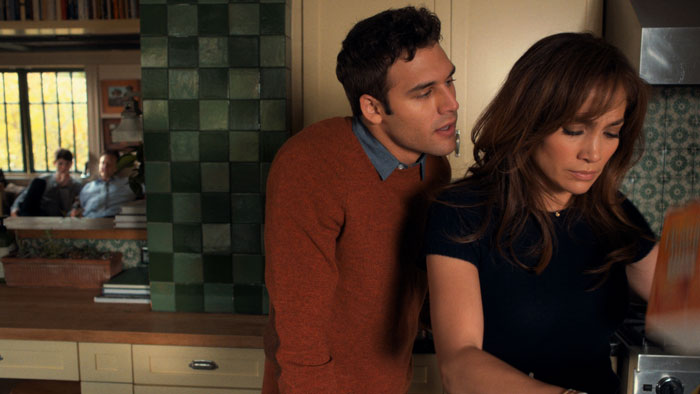 Some years ago, Jennifer Lawrence was also attracted to a psychopathic boy next door in House at the end of the Street, but at least Max Thieriot, the psycho for hire, was a better actor. Do movie heroines never learn not to trust boys who instantly take off their shirts when they notice a beautiful girl?

The problem with The Boy Next Door is – apart from the absurd plot – the dialogue is forced and artificial, while there is not a trace of characterisation or motivation anywhere. Not even Ryan Guzman, frequently without a shirt, or Jennifer Lopez with her (insured) legs and sexy buttocks, fail to hold your attention. So what is left in this movie? A plot as predictable as the smell of testosterone in a rugby locker room.

Most of these stereotypes have only been created to fulfil one function: to either provide eye candy or serve as murder fodder. They barely function above these levels. So the moment you see poor Kristin Chenoweth glare in suspicion at Guzman when he turns on his charm, you know she is going to get murdered gruesomely.

And when Lopez can’t keep her eyes off Guzman’s gym-formed biceps, you realise these very biceps are going to bulge around her throat.

The Boy Next Door is Fatal Attraction light. It is about obsession, about a confused woman who has just come out of an abusive relationship and is trying to cope with her difficult teenage son. But when she beds a man scarcely older than her son, you know she is courting disaster – but so is the film, as the plot is shallow and phony in the extreme, while the script is way past its sell-by date.

Lopez has never been a good actress, but when she has to rely on showing off her legs when the plot sags or allow us a glimpse of her other assets when boredom sets in, you know the director is getting more desperate by the minute. And Guzman, who was so charming in the Step Up films, doesn’t convince as a psychopath who changes from pretty lover boy to Hannibal Lecter’s cuter nephew in the blink of an eye. He doesn’t have the acting ability and should stick to sexy dance moves.

You really have better things to do with your time than waste it on this cheap thriller. Avoid it.