Thousands of people braved the cold on Saturday at the DStv Delicious Food and Music Festival in Johannesburg to see Chaka Khan and the iconic singer did not disappoint. 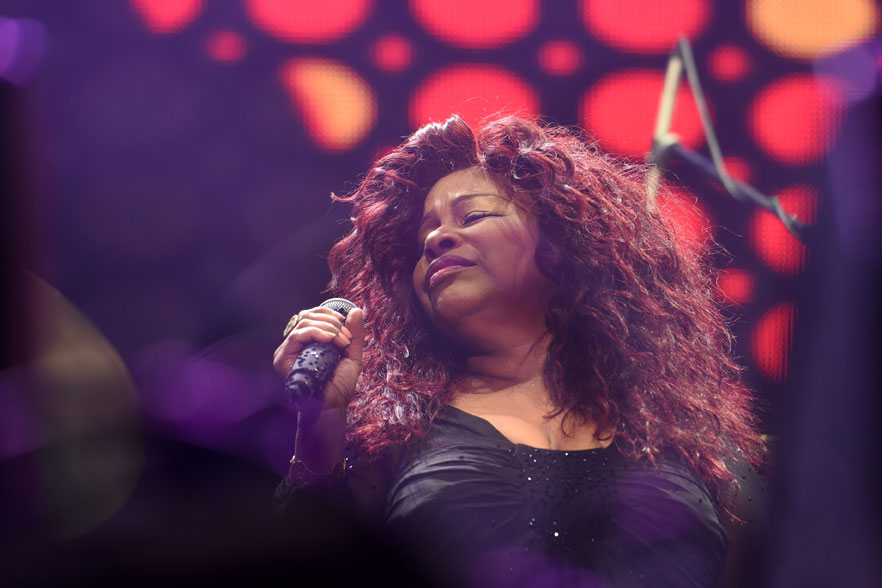 “The Queen of Funk” was one of the headline acts, along with legendary house DJ Louie Vega and English band Shakatak. Khan stole the show with performances of some of some of her biggest hits including Magic, Clouds and Through the Fire.

The 62-year-old American, whose real name is Yvette Marie Stevens, showed no signs of slowing down as she danced and interacted with the excited crowd from the first song she performed until the last.

Khan rose to fame in the 1970s as a member of the band, Rufus. She became a successful solo artist in the early 1980s, winning 10 Grammy Awards and selling more than 70 million records. This was her third time in South Africa. She was last here almost 17 years ago. She heads back to the US tomorrow.

Other memorable acts included Vusi Mahlasela, who performed classics such as When You Come Back and Silang Mabele. Unathi Nkayi paid tribute to the late legends Miriam Makeba, Brenda Fassie and Cesaria Evora with a set titled Tribute to Our African Queens.

The festival had a big emphasis on food, with a large number of food trucks featuring fare from all over the world. The longest cues were at trucks which offered old favourites – massive burgers, ribs and chicken wings.

The festival, which is the biggest of its kind in the country, was originally meant to take place at the Waterfall Polo Estate in Midrand, but was moved to the Huddle Park Gold and Recreation Centre in Linksfield, Johannesburg.