In last night’s episode of Our Perfect Wedding, we met Glenda and William. Let's see what made their wedding perfect or not. Glenda, 26, and William, 29, met in 2005 when they were still teenagers. At the time, Glenda was only 15 and William 18. They met when Glenda was coming back home after visiting her friends and William was playing soccer at a nearby soccer field. He saw Glenda walk past him, he ran after her and that’s how their love story started.

According to the couple, William was Glenda’s first boyfriend. I wonder how many partners some of us will have had by the time we get married. Anyway, not everything works out the first time around and for many, it will take a hundred chances before we get it right.

The couple apparently does everything together, so much so that Glenda could not sleep over at a pyjama party she was invited to as she could not imagine spending the night without her partner. This could have been due to two reasons; it could have meant they are best friends and never want to be apart. Or, it could have meant there was a trust issue, they hang out together so much they cannot trust each other when they’re apart. I would go with the former reason for Glenda and William.

You know how ladies always want the romantic dinner set up for their engagement? Glenda did not get any of that, William said ‘it’s not his thing’. Instead, they just sat down and talked about marriage. Glenda seems to be happy, probably because she doesn’t compare her man to those she sees in romantic movies.

Dear future husband, this does not excuse you from putting out all the stops for me, you are not William.

Let’s talk about the wedding now:

Mam’ Itu did a good job altering the groom’s suit. I loved the combination of black and white as it fitted him well. The groomsmen’s suits were okay, just the way it should be. You wouldn’t want your best man to look better than you anyway, so they stayed in their lane. The bridesmaids’ dresses were…. different, too different. Not a lot of people go for Asian design and it was badly implemented.

There is a television show called Say Yes to the Dress. The bride’s friends help her choose her wedding dress. There is always that one friend who forgets that it’s not about her but the bride. We had that one friend who thought she was on Say Yes to the Dress last night. She said she did not like the detail on the dress. I loved the bride’s response; she said she liked the dress for herself and did not care what other people thought of it. “It’s my wedding and I’ll do what I like,” she said.

It didn’t end end there, she then continued to say the bride talks too much, she said: “You must close your mouth and open your legs for William”.

Dear best friend, please do not say such things on TV.

I will not comment on the bride and bridesmaid’s gold teeth. The bride did say she likes bling, we just didn’t think she liked it that much to have it in her mouth. 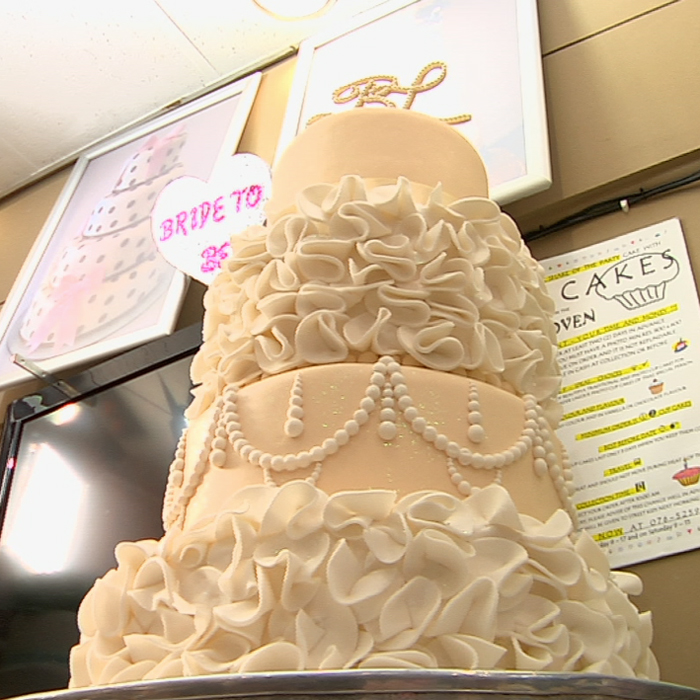 I also liked the cake. It was well decorated. 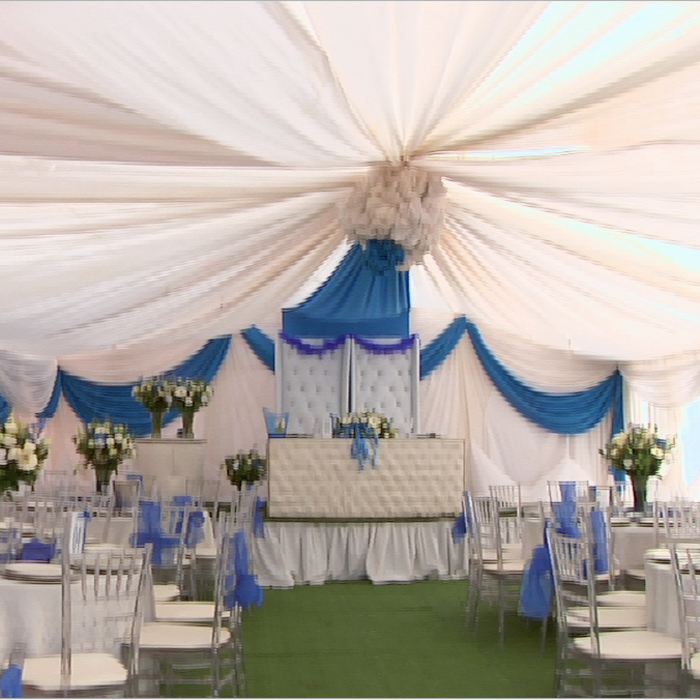 The combination of royal blue, silver and white made the decor simple and beautiful.

Still on people who say questionable things at weddings, one of the speakers said to the bride: “When the husband comes back home late don’t ask him silly questions”. So, the wife is allowed to ask any other question, just not her husband’s whereabouts when he comes back home late. Does the same also apply to the wife?

This couple is sweet. And their wedding looks like was a good party too. That's all that counts. #OurPerfectWedding

Yes, girl! You wear that dress! It's YOUR wedding! #OurPerfectWedding

They getting married on their stoep ???????????? #OurPerfectWedding

That cake is beautiful #amazing #OurPerfectWedding

I thought the wedding was perfect, the organisation was good. Did you think this was a perfect wedding?