Instalments will not get you a MoTswana wife

The wedding may last three days but after all is said and done, BaTswana sing: “dikuku di monate; lenyalo le boima; rona re a tsamaya,” translated to: the cake was nice; but marriage is hard; we are now leaving you two. This week we learn more about lobola negotiations in the Tswana community. 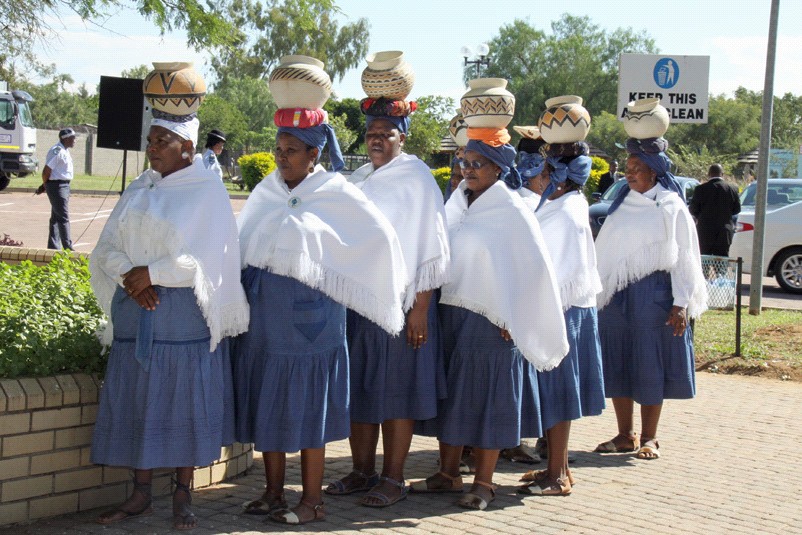 Lobola in SeTswana is called magadi.

Unlike VhaVenda and VaTsonga, BaTswana are trusted to start their own relationship, and when they are ready for marriage, the guy’s family writes a letter and send his delegates to the bride’s family explaining that they have seen a girl and would like to pay magadi for her. The girl’s family will then reply and accept the proposal and also give them a date to come and negotiate magadi.

On the day of the negotiations, when the groom’s family approaches the bride’s house, they have to stand outside the gate at a distance and keep quiet while they wait for the bride’s representative to come out and meet them. When the representative meets the delegates, they then introduce themselves and explain why they are at the groom’s house. The delegates can either be female or male.

They haver to pay pula molomo for the representative to start talking to them.

When they have understood each other, the delegates then enter the yard and start magadi negotiations. They have to explain themselves again as to why they are there, the way they did to the representative before entering the yard. After explaining, they negotiate magadi.

Back then the minimum was four cows if the groom could not afford at least four cows, he would be sent back home and told to come back when he could afford to pay magadi. The bride’s family would then charge the delegates and give them a date to come back with magadi, with the date always set for Friday. This is because in SeTswana, magadi is paid in full at once.

The groom pays more magadi for a woman who has a child because the groom has to pay for the kid as well. Virginity does not count.

Before the set Friday arrives, the malome (bride’s uncle) takes her shopping for her wedding outfit while the groom’s uncle gives him money.

On the set Friday:

The delegates arrive at the bride’s house early in the morning, usually 5am, and only men were allowed to pay/accept magadi. Women are only called in to witness that indeed the magadi is paid and in full.

The groom’s aunts then request to meet the bride and then tell her about her husband’s family practices and how to be a good wife.

After all is said and done, they throw a big celebration for the two families to meet each other, with the groom also be in attendance. Back then, between the magadi negotiations and the set Friday, the girl’s family built her a hut. The girl sleeps in her new hut while the groom sleeps at his house too.

The couple has a white wedding. They slaughter a cow and cook all the meat except for its head, as it is always reserved for malome. Before leaving, the groom is expected to buy bedding for his wife. Later that night, the groom will come and sleep in the new hut at the bride’s home.

The groom has to wake up early in the morning before the bride’s family sees him and goes back to his home. At his home, there will be another wedding, welcoming the bride to the groom’s house. The bride then wears the clothes malume bought her and then later changes to her traditional outfit; a white shirt, black shoes, head wrap and letoise (traditional skirt). After all has been said and done, both families take the bride to a room and advise her again about marriage. The bride wakes up early in the morning and shows her new family she can clean and perform all makoti duties. Then they go to malome’s house for the closing ceremony. The cow’s head that was reserved for malome then gets cooked and they celebrate there. This is done to show him respect.

This is not conventional to all BaTswana people.