HHP wades into the racism debate

'Let's beat racism til it sits in the naughty corner...Blacks vs Whites - any sponsors?' HHP wrote on Twitter. 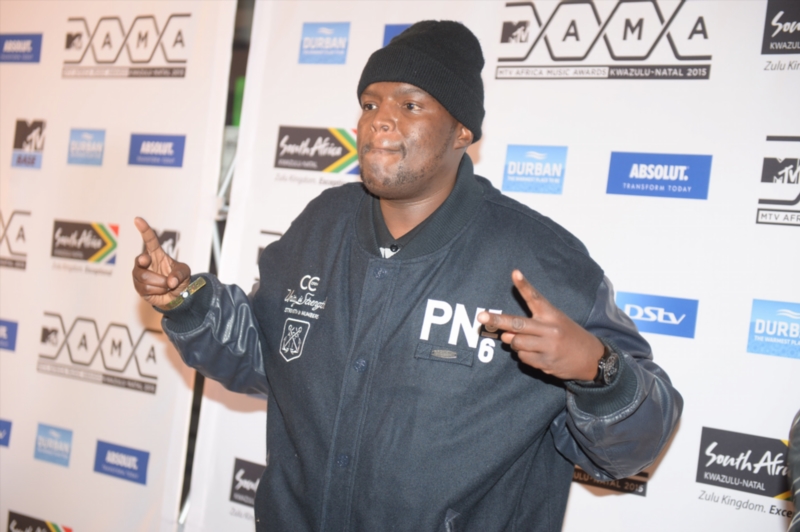 HHP during the announcement of the nominees of the 2015 MTV Africa Music Awards on June 11, 2015 in Rosebank, South Africa. (Photo by Gallo Images / Lefty Shivambu)

Hip hop heavyweight HPP, popularly known to his fans as Jabba, has been making waves on social media for everything but his music career, a  profession that some say Jabba is slowly losing, with his music experiencing an alleged slow, painful death and him losing his relevance in the hip hop world as new hip hop kids take over.

But today, Jabba made social media go abuzz as he took to Twitter to touch on the sensitive topic of racism.

“Let’s beat racism til it sits in the naughty corner…Blacks vs Whites – any sponsors?” he jotted down, resulting in a massive response from his followers. “I truly believe re tlhoka go murana (we need to beat each other up). White people need to know u can’t say sh#t like “Blacks are meant to be slaves,” he continued. “Its mind-sets like that that never win. White people must know; Africans are winners. They came to Africa 4 lessons,” he wrote.

Feeling an need to elaborate more on his tweets Jabba jotted down that “No guys. I don’t support killing each other. Please let’s not corrupt what I’m suggesting. I’m asking 4 #PillowFight,” he wrote. “Do not misunderstand me. I do not want black people to kill white people undeservingly…,” he added.  However, the musician continued to advocate for black people and explained how proudly black he is.

No dummy. We are all Superior. It's when another imposes their superiority that PISSES ME OFF. Enklek, ???????? https://t.co/fQBYNuiQHs

“If u are white & live in Africa; never impose ur superiority on us blacks. Just cause we don’t brag doesn’t mean we’re not superior. We are. Heard some clip with some guesthouse owner talking shit about my people…neh man…dis Kak daaideng.”

He further jotted down that he was from a long lineage of superior Africans, who built this world on their bare backs.

Feeling that some of his followers were not sharing his sentiments, Jabba resorted to apologising.

“I give up. Maybe I’m just catching feelings at this whole racism thing. Forget I said anything. Never mind, man. I’m just an evil black person who’s going to hell. I apologise my holy brother. I’ve come to notice, whenever we touch an inconvenient truth, ur either bipolar or crazy.”

I've come to notice. When ever we touch an inconvenient truth, ur either bipolar or crazy. https://t.co/re3HgCH6FP

The provocative musician further hinted that his music career was over.

HHP, however, also jotted down that he hadn’t retired yet.