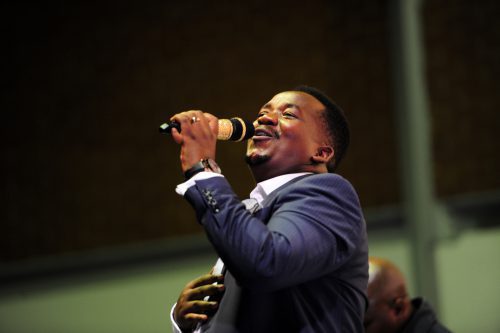 The death of award-winning gospel musician Sfiso Ncwane has left his followers and peers shocked.

It is believed Ncwane, 37, died of kidney failure at a Johannesburg  hospital early on Monday morning.

“He looked healthy. This is shocking, it is better if you could have seen someone looking frail, but he was far from that state,” Vilakazi said.

“He was okay. I wish I can go back to that moment [when I saw him] to say goodbye.”

Vilakazi and Ncwane were to perform at the Rustenburg Carnival Festival at Olympia Park on December 17.

Bheki Nene, coordinator of the Rustenburg Carnival Festival, said: “I called him several times requesting his quotation and he had not [got] round to submitting it.

“But now I understand why he did not submit. I received the news about his death while I was in a meeting discussing the gig. I’m still shocked. I don’t believe that Sfiso is dead.”

Friend and owner of Oluchi Media, Siya Mtolo, said: “It is sad because no one gets used to death. It is shocking, especially when it involves someone young, who has a wife and little kids.

“He lived his purpose to the fullest.

“He really loved his wife. And he was humble.”

Ncwane’s wife, Ayanda, and family spokesperson, friend and award-winning gospel musician Sipho Makhabane both could not be reached for comment.

The Democratic Alliance in KwaZulu-Natal and Pan Africanist Congress of Azania  conveyed their condolences.