Hip-hop artist Cassper Nyovest has yet again planned to fill up one of South Africa's biggest stadiums with his annual concert. 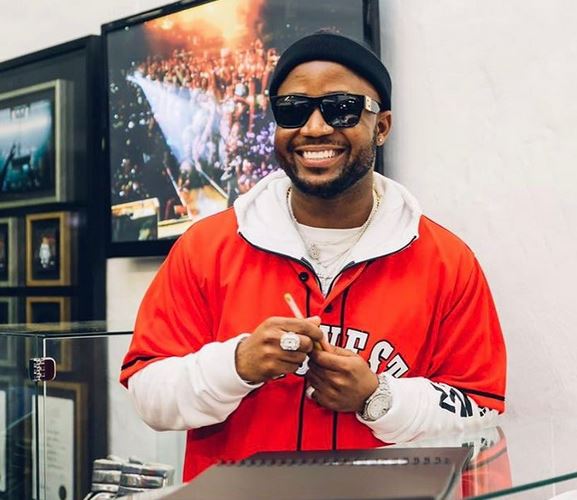 Now we all know it’s possible, as he was successful at achieving this with filling up Ticketpro Dome, a 20 000 seater, and Orlando Stadium, a 40 000 seater.

On December 2, the rapper plans to host the biggest hip-hop concert in the world at FNB stadium, which has a 90 000-plus capacity.

It has been reported that Cassper will be releasing the DVD for last year’s Fill Up Orlando Stadium.

So if he manages to pull this off, he would have broken a record that not even international artists have managed to achieve.

“This year’s concert demands too much effort, as far as his creativity and energy are concerned,” he told Sunday Sun.

He also told the publication he’s been working very hard to ensure his fans get value for their money.

Here are the  five reasons we will attend Fill Up FNB stadium:

My trainer @apex_aesthetica getting me ready for #FillUpFnbStadium !!! It's gonna be a movie!!! Get ready!!! Get your tickets!!! Let's make history!!!

2. Cassper became the first South African artist to deliver such a world-class production, with a drone, LED screens and lighting that’s out of this world, as well as a rotating stage. Now, hopefully the stage setup will also be as lit as at Fill Up Orlando Stadium.

3. We are very curious to know who the MCs at this year’s concert are because last year he had Somizi and ex-girlfriend Boity as MCs. The rapper has been very low-key about his love life this year, so let’s hope we are finally going to meet Mrs Nyovest.

4. We all know that Cassper has very expensive taste when it comes to shoes. At the Dome, he wore Maison Martin Margiela sneakers worth R20 000, so we are wondering what boutique and luxury outfit he is going to rock this time around.

5. We want to see who his opening acts are, because the previous years, he had the likes of Nasty C, Babes Wodumo, Nadia Nakai, DJ Fresh and Euphonik to entertain the crowds.