Police Minister Fikile Mbalula has offered to buy 10 tickets to the concert. 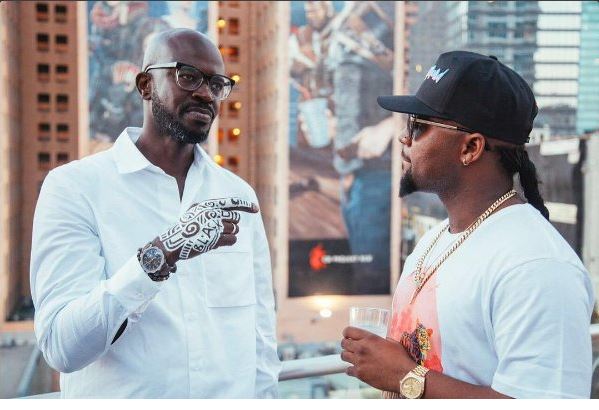 In a very unexpected move, SA celebrities are rallying behind Cassper Nyovest, not just in word, but in deed, as they have offered to buy tickets to his Fill Up FNB Stadium concert in December.

AKA on Friday said he would be willing to perform at the show, should Cassper give him a “mill”. He said the two did not have to be friends, but only had to swallow their beef and work together to fill the 75 000-capacity stadium.

The Mama I Made It hit maker said he was not looking for artists who would be looking to make money from the show, but those who were prepared to spend it to make his dream a reality.

The hashtag #JustBuyTheTicketBroer has been trending since, with fans all over Africa showing their support for Cassper.

Since then, Police Minister Fikile Mbalula has offered to buy 10 tickets to the concert in support of Cassper’s dream.

Then followed DJ Black Coffee, who said he would be spending R20 000 every Friday on tickets until the show.

1. I'll be spending 20k on @CassperNyovest ‘s #FillUpFNBStadium Tickets for the Fans every Friday till the Show. #JustBuyTheTicketBroer pic.twitter.com/N5vidu3OeZ

Though she said she won’t be able to attend the concert, Ms Cosmo said she was willing to buy tickets to the concert too.

“You NEED to be there! This is about a kid’s dream to make history. Be part of that moment by making history together Make HIP HOP proud! 21 Days left,” she said.

Unfortunately I won't be able to attend #FillUpFNBStadium but I'm willing to buy tickets for kids who wanna go. You NEED to be there! This is about a kid's dream to make history. Be part of that moment by making history together ????Make HIP HOP proud! 21 Days left‼️ pic.twitter.com/IV0cRR4uDj

So did Pearl Thusi:

Unfortunately I'll be gigging, but I will buy some tickets and give them away here on twitter. You have my word. I'll keep you posted ???????? https://t.co/r3tL4AW0Q6

While some of AKA’s fans gave all the credit to him for apparently pushing people to support the concert, Cassper said it was their opinion.

“That’s your opinion. I also have an opinion but it doesn’t matter right now, what matters is to sell tickets so that we can make history and change African music forever. You wanna help? #JustBuyATicketBroer. The big question is, WILL YOU BE THERE?”

In fact, AKA’s fans said he was a legend, saying Cassper paid him to hype up his concert, but Cassper said the real legends were those who were willing to buy tickets, not the ones looking to make money from the concert.

Yena aya kwini? Twitter asks AKA after Cassper’s savage response to his offer

'The Braai Show with Cass': Mihlali Ndamase talks beauty, business with Cassper
5 days ago
5 days ago

'The Braai Show with Cass': Mihlali Ndamase talks beauty, business with Cassper
5 days ago
5 days ago