Itumeleng tackled the claims with a firm yet spicy reply. 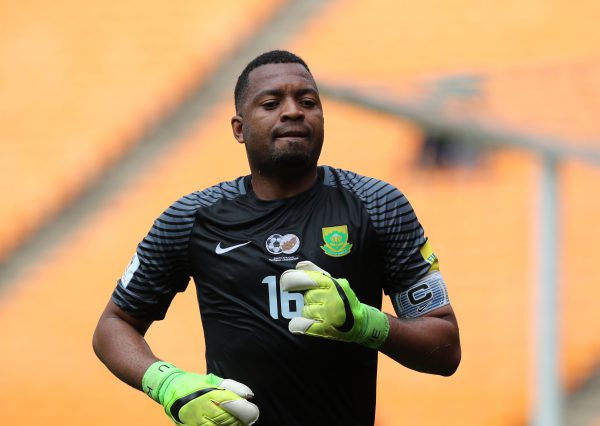 Bafana Bafana footballer Itumeleng Khune has defended himself after a fan claimed he “snubbed” him and refused to take a picture after a recent soccer match.

Taking to social media the fan called Itumeleng out, telling him that he was disappointed by the situation.

“I was mocked because I’m one of your biggest fans, so they (his friends) laughed at me and told me not to try that again my brother. But I’m okay now that I told you how I felt and that I couldn’t sleep well,” he said.

Itumeleng responded to the claim, saying that he explained that he could not take a picture because he was injured.

“But I told you I was injured and couldn’t smile. What was so difficult to understand?”

He went on to encourage the fan to be grateful. “At least I gave you my time. Appreciate small things in life,” Itumeleng said.

The soccer star who evidently has no time to deal with petty claims went straight back to working on his fitness.