Babes and Mampintsha welcome their bundle of joy

Wodumo took to her Instagram to announce the arrival of the couple's baby. 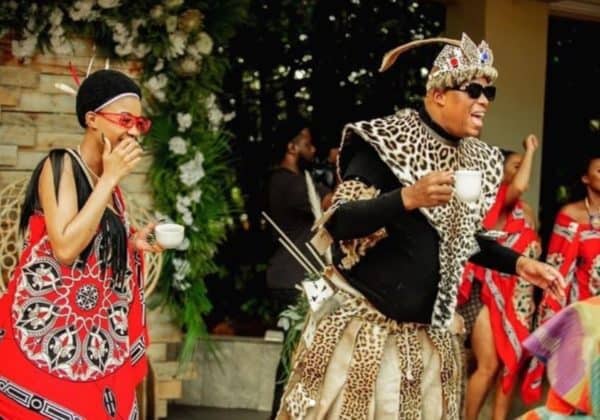 Babes Wodumo and Mampintsha were married a month ago. Picture: Instagram

Controversial qgom couple Babes Wodumo and Mampintsha (Mandla Maphumulo) have announced the arrival of their bundle of joy.

This is after months of trying and failing to keep their expanding family a secret.

On Wednesday, Wodumo took to her Instagram account to announce the arrival of her baby with long-time boyfriend turned husband Mampintsha.

Speculation that Babes was expecting first began emerge to earlier this year in March when pictures from her 27th birthday party went viral after fans spotted a baby bump.

This was also followed by a video in which Babes was seen rubbing her belly and dancing with DJ DBN Gogo.

Babes Wodumo recently stepped out to party with DBN GOGO for her birthday at Zone6 in Soweto. pic.twitter.com/PCPf912eDY

The birth of their baby comes a month after the couple tied the knot.

Tweeps congratulated the couple on their growing family.

Congratulations to Babes Wodumo and Mampintsha for their newborn baby pic.twitter.com/uWJwDILVyv

This comes after a video went viral in 2019 in which Babes can be heard asking Mampintsha “ung’ shayelani” (why are you hitting me) after they had an altercation which was recorded on Babe’s Instagram live.

Babes Wodumo’s situation is bad. She is in big trouble and we won’t be able to save her.

The abuse video was no promo, this is a cover up. Mampintsha is trying to do damage control.

I suspect substance abuse mixed with physical abuse. I can’t help but feel it is too late.