Scoop Makhathini is ‘Catching Waves’ with Hennessy and the NBA 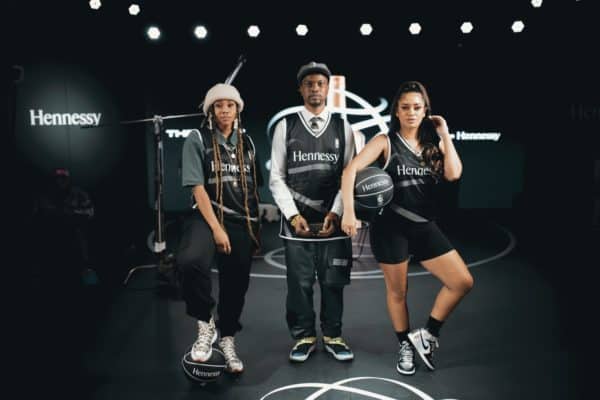 Catching Waves will feature a star-studded lineup of celebrities going head-to-head in a Hennessy x NBA series of basketball challenges, as well as discussing some of the motivators that help them to forge forward and live Scoop’s “never stop” ethos in everything that they do..

The show was conceptualised to celebrate the NBA’s partnership with the liquor brand.

Makhathini’s lifestyle show will also give fans the opportunity to show off their skills and shoot their shot for the chance to win exclusive Hennessy x NBA merchandise.

The Citizen had the chance to speak to Scoop about this exciting partnership and the new series of his television show. This is what Scoop had to say:

Could you tell us a bit about your lifestyle show called Catching Waves?

Catching Waves is a fresh, urban lifestyle show that celebrates game changers, from the street to the boardroom. Rooted in all things urban culture, the show seeks to educate, inform and entertain with a variety of guests in the urban culture space who continue to push the boundaries of their own potential.

Yes I am. I have a deep passion for the game.

What is your favourite thing about the sport?

The rhythm of the game – I feel like I am dancing when I’m playing on the court. I love hearing the sound of screeching shoes on the court when we burn rubber, and the sounds the net makes when you hit a swoosh! I love how the game continues to challenge me to be better. It’s a sport that has provided me with many great life lessons over the years, both on and off the court.

Who is your favourite NBA player, and why?

Michael Jordan. Just Google him and you’ll see the impact he’s made.

What are you hoping this partnership with Hennessy and the NBA will bring to the sports and culture scene in South Africa?

As a brand that’s deeply entrenched in urban culture, with a passion for game changers – those who never stop, never settle – the relationship between Hennessy and NBA is a perfect fit.

Through this partnership, we have a real opportunity to showcase the talent we have in this country and to celebrate South Africa’s vibrant basketball culture. From adopting the fashion and style to mentions by hip hop artists and the burgeoning movement of local basketball players, South Africans have welcomed the sport with a lot of enthusiasm.

I also hope that the youth of today who see me being chosen as the ambassador for this campaign know that anything is possible and that they too must never stop and never settle.

Can you give us a rundown of what and who to expect in the basketball challenges that will be taking place?

The Hennessy x NBA series kicked off in June and you can watch episode one on SlikourOnLife’s YouTube channel currently. A four-part series, each episode features a star-studded lineup of celebrities going head-to-head in a Hennessy x NBA series of basketball challenges as well as discussing some of the motivators that help them to forge forward and live the “never stop, “never settle” ethos in everything they do.

Some of the guests you can expect to see include Kim Jayde Robinson, Pearl Thusi Young Stilo, MkayFrash and 25K the rapper. Alongside this, there will also be interactive Hennessy x NBA pop-up activations at select locations within Johannesburg, later this year.

At the activations, fans will have an opportunity to watch Scoop and guests such as Kim Jayde and Pearl Thusi battle it out on court. Fans will also be able to show off their skills and shoot their shot for the chance to win exclusive Hennessy x NBA merchandise

You have been a game changer in the urban cultural space for about 14 years. What advice do you have for the younger generation who would like to also be a part of the movers and the shakers of the industry?

They are the question and the answer. I have never seen such a talented, motivated group. The younger generation need to continue to trust themselves, support one another and most importantly, never stop, never settle.

I know you also have a podcast called PopRadio. Could you tell us what that’s about?

This is a platform where we interview all types of talent and not just musicians. It’s a platform that is built on building and celebrating our talented entertainers. We are not chasing views or numbers. We believe PopRadio is a needed service for the entertainment industry.

What does Scoop Makhathini do in his free time, when he’s not on duty?

Scoop is always on duty! When I’m not on duty, I like to hike and sleep. I also enjoy spending my time in complete silence, either alone or with other people that I can be alone with.