According to AKA's lawyers, Nellie's death 'made it impossible for him to continue' as the show's presenter for season two. 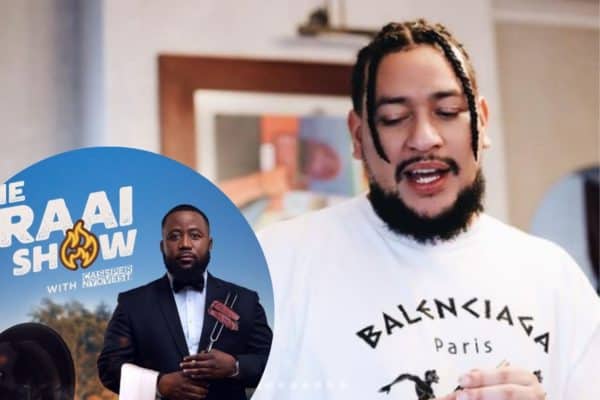 A letter of demand served on the SABC by AKA's lawyers reveals that he was unable to fulfil his duties as host of season two fo the Braai Show because filming commenced shortly after his fiance, Nellie Tembe, died | Picture: Instagram

Rapper AKA has gone the legal route in an effort to find a resolution in the ongoing Braai Show dispute and a lawyer’s letter has since revealed that he was unable to fulfil his obligations as a host because filming was scheduled around the time that his fiancée, Nellie Tembe, died.

According to the letter which was shared on social media, AKA (Kiernan Forbes) “experienced unforeseen and unfortunate circumstances” which his legal representation Tailor Made Legal Solutions chose not to detail in the letter.

According to the entertainment law consultancy firm, “that made it impossible for him to continue as the show’s presenter in production of its second season.”

And so, The Braai Show‘s production company, Cake Media, is said to have approached other media personalities to host the show before ending up choosing AKA’s long-time nemesis Cassper Nyovest (Refiloe Phoolo) to host the second season of the show in his absence.

The letter also explained how AKA had tried to settle the matter directly with MakhuduCom and Cake Media to no avail.

ALSO READ: How did AKA get replaced on his own show?

Speaking on his behalf, AKA’s lawyers demanded half of all the proceeds received in relation to the show in his capacity as a joint copyright owner as well as “the appropriate production credit as Executive Producer of the show.”

They also demanded that the SABC “cease the scheduled airing of the show… as per the tweet disseminated on the SABC’s Twitter page on Monday 09 August 2021,” and agree to this demand within 48 hours or face legal action along with “a cost order on an attorney and client scale.”

This comes ahead of the 8 September premiere date scheduled for the second season of The Braai Show with Cassper Nyovest as its host. Season 1 initially aired on the channel after debuting on his app, AKA TV.

Read AKA’s full letter of demand to the SABC regarding the Braai Show below:

READ NEXT: Malusi Gigaba talks politics and sex videos on ‘The Braai Show with AKA’