Cassper disappointed in Boohle’s take on his contribution to ‘Siyathandana’

Boohle revealed on the latest episode of 'Podcast and Chill' that she wrote the majority of the lyrics on Cassper Nyovest's 'Siyathandana'. 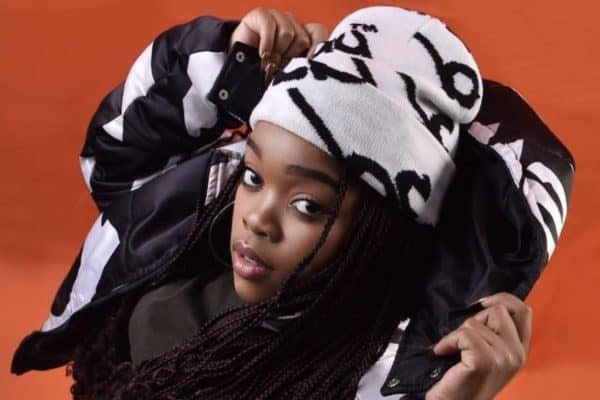 One of the hottest amapiano tracks released this year, Siyathandana, has been trending on social media after singer and songwriter Boohle revealed that she is the one behind the lyrics of the song, despite the song being credited to Cassper Nyovest.

Boohle made a recent appearance on MacG’s Podcast and Chill where the host asked the singer questions about her music career and the songs she has created with other major South African artists.

MacG then brought up Siyathandana, which features the singer, and is credited to Cassper Nyovest, as well as South African producer, Abidoza.

When asked if Cassper wrote anything on the track, the vocalist responded by saying “he only came with his verse, I wasn’t even there [when he wrote it]”.

MacG then said when listening to the song, it actually does sound like it is Boohle’s song, and that Cassper is just a feature on the song.

ALSO READ: Daily hack: Transform your baggy t-shirt into a shirt without any sewing

The host of the show said the Baby Girl star, as well as his verse, were not needed on the song.

Twitter was divided by the episode of the podcast and Boohle’s comment, as some of them felt that it was not necessary for her to reveal that she was behind the lyrics of the song in the way she did.

Taking to social media, Cassper expressed how disappointed he was with the singer’s comment, and the comments made by MacG about the song and his verse.

He also said he had nothing but love for Boohle, and that he enjoyed creating the song with her, ending his post by wishing her the best in her music career.

Siyathandana was released on 16 July 2021 on Cassper Nyovest’s Short And Sweet 2.0 album. The song is currently number 47 spot on the Top 100 South Africa chart on Apple Music.

The song did bring Boohle more exposure as a vocalist, but she is also known for her vocals on previously released amapiano songs such as Woza, Mama, Hamba Nobani and Ekseni.