Nota denies claims that he and Berita are getting divorced

Nota Baloyi has denied that he is getting a divorce despite his wife Berita claiming as much in a statement issued via social media on Monday. 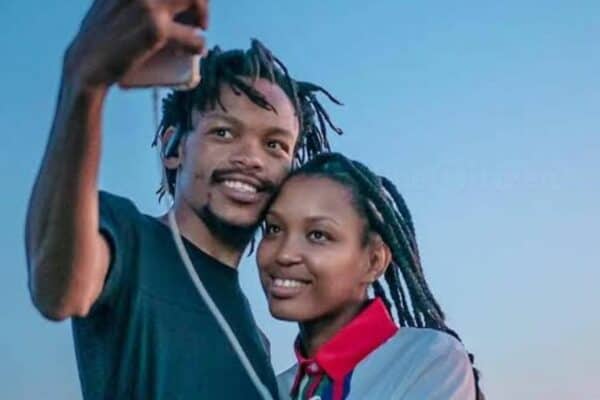 After his wife Berita’s announcement of their separation, South African podcast host and pop culture commentator, Nhlamulo “Nota” Baloyi, took to his Twitter account to speak about mental health.

He went on to claim that he was on a “mission to save black women,” and added that “Any woman that gets in the way is an enemy agent my fellow sisters the enemy is among you… There are women selling women into prostitution. There are women defending abusers and there are women who will stand by those that objectify women!”

He then went on to address mental health and men’s relationship with the topic.

“Men mental health is always weaponised against us that’s why we find it hard to talk. I  speak openly about how I have actively taken care of my mental health since I was 4-years old. On the 20th of January I had suicidal ideation. My family were terrified. I was all alone…

I called my sister who rushed to be with me. I told her I needed space so I switched of my phone & hopped on a flight to Cape Town to be with my friends in Paarl. It was not the first time I considered ending my life but definitely the worst time. I was really hurting and confused.”

Nota then denied being diagnosed with any mental illness.

“I have seen the social media post about me by my wife’s former publicist and I’m horrified!”

At the time of writing, he was still a trending topic as many weighed in on the breakdown of his marriage and Berita’s statement.

He addressed the issue further on a Twitter space (live audio stream) and claimed that he was not in the process of getting a divorce, adding that he had not been served any legal papers to this effect.

“My wife is currently in Zimbabwe on a mental health retreat. She is currently staying at her parents’ house dealing with how own personal issues,” claimed Nota.

He denied that the statement was made by Berita and went on to claim that it was her former publicist who had made the Twitter statement on her behalf. He also accused this unnamed publicist of trying to use her and make money off of her.

At the time of writing, the Twitter space was still streaming.

The unnamed publicist Nota accused entered the Twitter space, identified only as Eric, and denied every allegation levelled against him. He repeatedly tried to share his side of the story and was blocked by Nota at every turn.